Navigon's iPhone car cradle will launch in October, but won't include a GPS chip 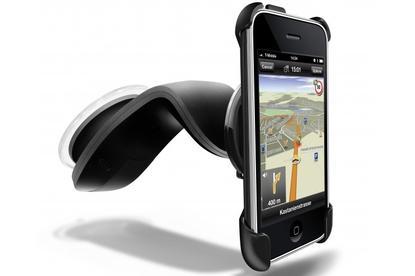 Navigon's car cradle for the iPhone

Launching "in October", the Navigon car kit for iPhone is designed to be used in tandem with Navigon's MobileNavigator for iPhone, a dedicated turn-by-turn GPS app available through Apple's App Store.

Navigon has not unveiled pricing or an official launch date, aside from the announcement on Navigon's Facebook page accompanied by a press image. The Facebook post read: "NAVIGON is launching a car kit for the iPhone including a car holder and charger cable to make an ideal positioning for adequate navigation possible."