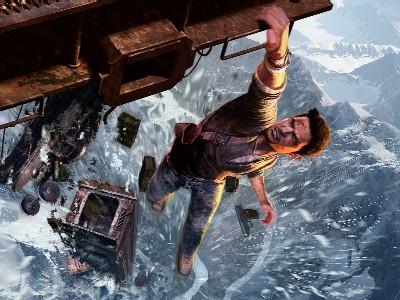 Uncharted 2's only just arrived, but Naughty Dog's already teasing us with sequels. Well, prequels. And not the kind of thing you play, so much as "receive."

"We actually started this game with an idea for a prequel story that we eventually cut," said Druckmann, responding to a question about material dropped from the game. "However, you'll get to see that story fleshed out in the upcoming Uncharted Motion Comic."

And a bit further down, in response to the question "Who's your favorite Uncharted girl, Chloe or Elena?" Druckmann replied "I'm gonna go with Rika... You'll meet her in Uncharted: Eye of Indra - the upcoming Motion Comic."

According to my copy of the Dictionary of Ancient Deities, Indra is the supreme deity in Vedic Hinduism, a storm god and god of the atmosphere (one of his many alternate names, Sahasramuska, apparently means "thousand-testicled one"). No mention of eyes specifically, but among other things, the eye symbolizes the ultimate cosmic power, the ability to simultaneously "create" and "destroy" the universe: Open it and create a world, close it and dash that world to blackness.

Then again, maybe it'll refer to the "third eye," the mystical inner eye associated with higher knowledge or consciousness.

What's a motion comic? A comic book with voiceovers, a musical score, and limited animation of the panels.

Have a look at this Watchmen site for a few examples. You either like this approach or you don't. I don't, but then I'm the sort of grumpy old comics guy that'd talk your ears off about the good old days, when we had to read uphill both ways.