The new handheld could hit Japan before the end of this year, a newspaper report said. 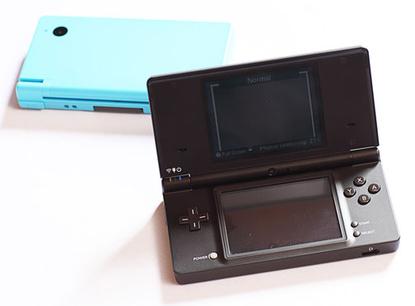 Nintendo is planning to launch a new version of its DSi handheld gaming device with a larger screen possibly before the end of this year, The Nikkei business daily reported on Tuesday.

The new device will have a screen that's larger than 4-inches, the newspaper said without disclosing its source. The DS features dual screens and the report was unclear as to whether both would be larger although they have been identical in all models to date.

It will cost ¥18,900 (US$205), which is the same as the current version, and could be released in Japan this year. Nintendo is considering launching it overseas, the newspaper said.

The new model appears partly to be in response to slowing sales of the DS and to renewed versions of Sony's PlayStation Portable -- the PSP-3000 went on sale earlier this year and the PSP Go is due out in Japan on Nov 1. (You can read our scathing commentary on the PSP Go here). The former has a 4.3-inch screen and the latter has a 3.8-inch screen.

Sales of the DS in Japan have been falling in the last 12 months. By the end of June the company had sold 108 million of the handhelds of which around a quarter were sold in Japan.

Nintendo is due to announce business results for the July to September quarter on Thursday this week. It will also disclose shipment figures for its hardware products and could disclose plans for a new DS at the same time.