Amazon has given its Kindle an update that it says boosts battery life and now allows people to read PDFs on their Kindles. 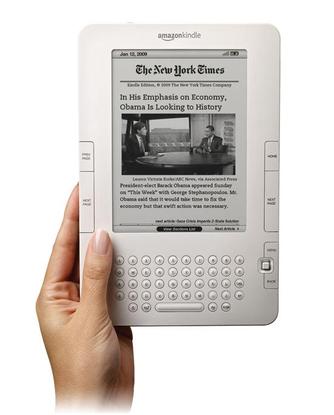 Amazon has boosted the battery life of its Kindle e-reader and added native support for PDF documents, and you don't even have to buy new hardware to get the benefits.

The retailer says it made the battery improvements through a firmware upgrade that took six months to develop. As a result, Amazon claims that Kindles will get an 85 percent boost in battery life, lasting seven days with wireless turned on compared to four days previously. With wireless turned off, the Kindle will last up to two weeks on a charge, same as before.

Native PDF support will allow users to transfer files via USB or e-mail them to their "@kindle.com" e-mail addresses. PDFs can also be converted to the Kindle format by including "Convert" in the subject line of the e-mail.

Amazon says the improvements will be delivered through an automatic firmware update for all users of the latest-generation Kindle. Owners of "some earlier versions of Kindle" (the first-generation model, presumably) will get PDF support, but not the boosted battery life.

It's easy to see the firmware update as a counter-attack against Sony's Readers and Barnes &Noble's Nook. The nook lasts for 10 days with Wi-Fi turned off, but if you turn it on, you'll need to charge the reader after two days of use. Sony's Reader Pocket and Touch editions last two weeks on a charge, but there's no battery-draining Wi-Fi. The flagship Sony Reader Daily Edition reigns with a week of life on Wi-Fi and two and a half weeks without, but it also costs significantly more than the competition, at $US399 compared to $US259 for both the Nook and the Kindle.

Amazon's gaining an advantage in the battery wars, giving the company a selling point for the Kindle's existing hardware. It's not known whether a new Kindle is in the works, but with the touch screens found in the Nook and Reader Daily, an upgrade seems inevitable.

For now, the competition may be a wash anyway, as Barnes & Noble is sold out of the Nook through the new year, and Sony says it can't guarantee shipments of the Reader Daily Edition by Christmas, but the Kindle's improvements will at least help convince buyers that they're getting or giving the superior product.