An e-reader seems like a sweet, substantive and long-lasting gift. But so is a fruitcake. 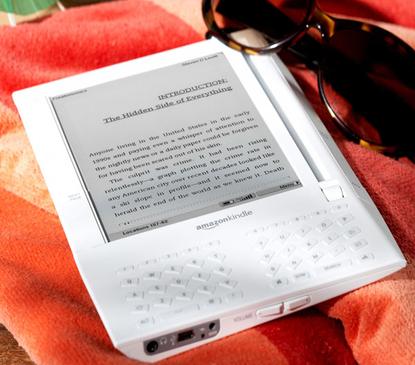 Is the Kindle yesterday's news when it comes to hot gift ideas?

Two years ago, the best holiday gift was an Amazon Kindle -- if you could get your hands on one. They were hot, new and sold out hours after going on sale. Last year, the Kindle made an awesome gift as well.

This year, all the e-book readers on the market, including the new Kindles, are better devices than last year's Kindles. (Amazon announced this week that it has improved battery life by 85 percent, and has added a native PDF reader. These improvements are software-based, so most older readers will get them automatically over the wireless network.)

The e-book market has never been better. But that doesn't mean you should buy one as a gift. Here's why e-book readers make lousy gifts this year:

1. We're on the brink of radical change in how people read e-books

The elephant in the e-book living room is the rumored Apple Tablet. I believe the device will ship by summer. It will probably succeed wildly, and hammer both the e-book and netbook markets.

Copycat devices will also flood the market. What that means is that any old-and-busted e-book reader you give this year will seem horribly old and hideously busted when the new smartbook-style tablets (tablets that run cell phone, rather than desktop, operating systems) hit. Everyone will have one, and they'll all be brilliant e-book readers. Buying an e-b0ok reader now is like buying a non-cell phone PDA a few years ago. We're on the brink of leaving those gadgets behind, and integrating their functionality into a multi-purpose device.

2. E-book readers are the least discounted gadgets on the market

The Great Recession has sparked the most discounted, low-price holiday season in history. Other gadgets in nearly every other category are slashed to near or below cost. eBook readers aren't really getting swept up in the cost cutting. While some stores are actually paying you to take free BlackBerry phones, for example, eBook readers still cost hundreds of dollars. And there aren't a lot of deals to be found on them, at least anything that compares to the prices of other gadgets.

3. There are so many other new ways to read e-books

The purpose of e-book readers is to read e-books. But there are so many other ways to do that now. You can read them on mobile phones and on PCs, for example. (Even many Kindle owners these days read most of their books on their iPhones. Amazon gives away free applications for both phones and PCs.) You can borrow e-book readers now from the library. Your loved one may not have an e-book reader, but they have a world of access to e-books.

4. Giving an e-book readers may involve committing a person to a specific technology

When you buy someone a Kindle, you're committing that person (assuming they use it) to a specific and, in the case of Amazon.com, proprietary format for future book sales. That's really a decision each person should decide for themselves. It's like choosing a wireless carrier, or a college, for someone.

5. E-book readers are old and busted

Two years ago, the Amazon Kindle was the new hotness. This year, it's old and busted. The Kindle and its major competitors have pretty much the same screen technology. And everybody knows about them, so they're just not an exciting gift anymore.

6. Everyone who really wanted one already has one

It's well understood that e-book readers pay for themselves with the lower price for books. Anyone who really wants an e-book reader would have bought one by now. By buying one for someone who doesn't have one, you're forcing a gift on them that they have already decided they don't want.

7. One of the best choices is unavailable

Even if you're not persuaded by all my arguments, and insist on giving an eBook reader, you should know that one of the best options is unavailable. If you order a Barnes & Noble Nook reader today, for example, it will arrive on January 4.

There has been so much change and excitement in the e-book market since the last holiday season, you might be tempted to think this is the year for giving e-books. Resist the temptation. An e-book reader is one of the worst gadget gift ideas of the season.