'2012' movie sparks hysteria in the blogosphere 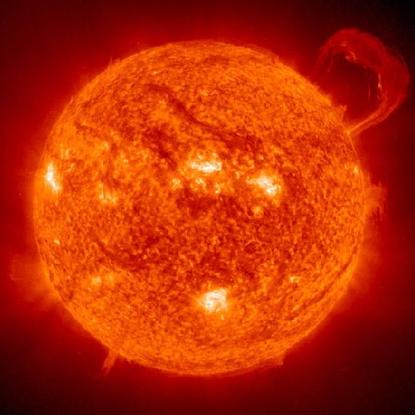 Alarmist news reports earlier this year warned that solar storms coming in 2012 will cripple electric power, GPS equipment and communications systems for months, creating an electronic apocalypse not dreamt of since the days of pre-Y2k hysteria. Those reports then spread throughout a blogosphere already saturated with hype about the Hollywood disaster flick 2012 .

The truth is more complicated.

Solar storms bombard the Earth's magnetic field with bursts of radiation, which can in turn disrupt the power grid and satellites. In fact, "the great geomagnetic storm of March 1989" zapped northeastern Canada's Hydro-Quebec power grid, leaving millions of people without electricity for up to nine hours, according to a National Academy of Sciences report .

In a worst-case scenario, a solar storm could cause $1 trillion to $2 trillion in damage to the world's high-tech infrastructure, the 2008 report said.

But the severity of the next solar storm is unclear, as is the timing.

Several years ago, NASA predicted that the peak in the next cycle of solar weather would occur in 2012 -- a date that coincidentally aligned with other forecasts of doom. The space agency's more recent prediction (made May 29) said the peak for sunspot activity will be in May 2013 -- though additional revisions are expected.

So data center managers need to keep an eye on space weather, just as they keep an eye on terrestrial weather. Check out the National Weather Service's Space Weather Prediction Center at www.swpc.noaa.gov .