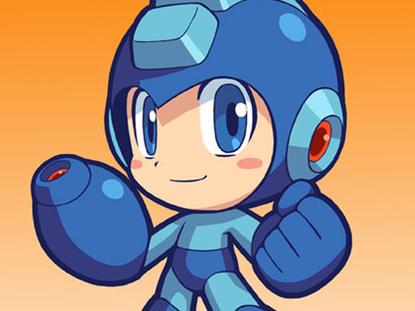 Early scans of next month's Nintendo Power reveal that Capcom is developing Mega Man 10 with an eye towards cashing in on the 8-bit nostalgia of the previous game while making the traditionally challenging level designs "more accessible."

Unlike critically-lauded predecessor Mega Man 9 (which saw near-simultaneous release across WiiWare, PSN and XBox Live,) the next Mega Man has only been confirmed for a WiiWare release.

Players can expect to play as either Mega Man, Proto Man (also available in Mega Man 9 as downloadable content) or an unannounced third protagonist. The actual game mechanics appear to be almost identical to earlier titles as Mega Man jumps from platform to platform blasting enemies and seeking a cure for the robotic equivalent of swine flu by defeating the expected Eight Robot Masters (though Capcom has designed an Easy mode to address complaints about the insane difficulty spikes of Mega Man 9.)

Also, the newest Robot Master is Sheep Man. Make of that what you will.