The most hated PC World articles of 2009

Not surprisingly, the most hated articles of 2009 usually involve Apple discussions. 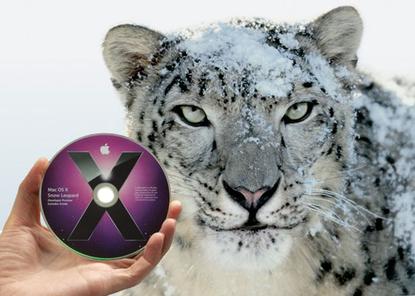 We'll go ahead and admit it: Sometimes we at PC World write articles that are not universally loved. In fact, some of our stories are downright despised.

For your reading pleasure, we rounded up the ten most detested stories of 2009 -- as determined by the number of thumbs-ups minus the number of thumbs-downs, as of this writing -- and analyzed them. Why did people hate these articles? Are there any topics we should avoid (or, perhaps, stray toward) in the future?

We found nothing earth-shattering: A lot of passionate debate stems from the never-ending Apple-Windows-Linux tussle.

Here are the most hated PC World stories of 2009, starting with number ten.

It probably doesn't surprise you that we start our list with a story about Apple -- or, in this case, Apple-bashing. The Apple tablet rumors have been out en masse over the past year, with analysts settling on "late 2010" as a launch date. One of our bloggers decided to take the rumors and run with them, concluding that the mythical Apple tablet would probably be a "train wreck." Readers took the story hard (giving it a score of -448), wondering how he could declare a rumored and unannounced product a train wreck. Well, if there's one thing we did learn from this story, it's that Apple fans are awfully protective of rumored and unannounced products.

Rolling in with a score of -487, PC World's ninth-most-hated article of 2009 is also about Apple. This time, however, the idea is not so much to slam our favorite Cupertino-based company as it is to ask the question: Is the Apple iPod/iPhone/iTunes monopoly, well, a monopoly? Is it time for the App Store to start having some competition, whether Apple likes it or not? According to our readers, this idea sounds a lot like socialism.

All right, the headline is just a little bit sensational (and deceptive). This is not a story about how Windows 7 is a much worse operating system than the ultimate fail that was Vista. Rather, this article (which garnered a score of -529) discusses how Vista represents the "zenith of big-feature, Windows-only desktop computing" and thus changed the world (because people suddenly realized that they had other options--like Linux and Mac OS). As commenter quadibloc put it: "To say that Vista shines brightly, because it had problems with created market opportunities for the Macintosh and Linux ... involves using an unusual meaning for the term."

7. Apple iPhone vs. Palm Pre: They Both Lose

A surefire way to garner a negative score (a score of -567, to be exact) is to compare an Apple product with another big-ticket item, and then criticize both of them. In this article, the writer points out that the iPhone 3GS announcement was, if anything, a bit disappointing--after all, the compass app was the only highlight. However, he also notes that Palm didn't do a great job of announcing the Pre, either: The company revealed the phone too far in advance, allowing Apple to (quite easily) steal its thunder. Naturally, all of the Palm fans, iPhone fans, Palm haters, iPhone haters, BlackBerry fans, and other phone devotees came out to share their thoughts.

Well, we've gotten both Apple fanboys and Microsoft fanboys mad at us--all we need now are the Linux fanboys. That brings us to the sixth-most-hated PC World article of 2009. In this gem of a story, the writer expresses his gripes with open-source software (such as VMware, GIMP, and VirtualBox), concluding that open-source software makes for disjointed, Linux-like interfaces, which should not be "forced upon us via the more respectable commercial software channel." Open-source advocates were all over this article (after all, open source is, if nothing else, free), and gave it a score of -594.

5. Palm Pre: Nowhere to Go but Down

Yep, it's another article that mentions the Palm Pre (er, trashes it) and declares that the only way for the Pre to succeed is if everything else (Apple, Google) completely fails. This story got a score of -712, and readers pounced on it, mentioning the iPhone's shortcomings (you can't run apps simultaneously and it has no real keyboard, for starters), and noting that perhaps the Pre's intended audience is not the same as the iPhone's.

Finally, a topic I can get on board with: Sony. In the fourth-most-hated article of 2009 (with a stunning score of -1033), Sony's PlayStation 3 takes a beating. Last summer, Sony slimmed down both the size and the price of its latest gaming console, making it $100 cheaper and 33 percent smaller. Our blogger says that Sony is hoping the price and size cuts will increase sales, but he also notes that the forecast isn't looking good. While that is true -- the PS3 has been the least popular of the major gaming systems (Nintendo Wii, Xbox 360) ever since their similarly timed releases -- our blogger goes on to declare that "based on several game reviews I have read, the PS3 often suffers graphical glitches in its games that Microsoft's Xbox 360 simply does not." This statement, of course, riled up the PS3 aficionados in the mix, who immediately leaped to the system's defense. (Commenter arkitekt78 says, "I have played on both the Xbox 360 and the PS3 -- I like the PS3 leaps and bounds over the 360.")

Our third-most-hated article of 2009 garnered an overwhelming score of -1266, but exactly zero hateful comments--actually, zero comments, period. This article is a simple roundup and ranking of security suites (Avira, BitDefender, F-Secure, Kaspersky, McAfee, Panda, Symantec, Trend Micro, and Webroot), and nothing terribly controversial. Thus, we can conclude that the thumbs-down votes (all 1854 of them) are probably from people hating on the necessity of security suites, the existence of malicious viruses, or both.

2. How to Keep Employees Happy During Hard Times

The second-most-hated article of 2009 received an amazing score of -1612, and, like story number three, it garnered zero comments. Since this article, written by Michael Schneider, CEO of Fluidesign, is about staying positive during the recession and includes tips such as "be flexible (instead of just firing people)" and "celebrate everything," we assume that readers are not bringing the hate on Schneider (as he sounds like a pretty cool boss). But as for the recession itself--yeah, that's something we too can hate on.

1. Snow Leopard Is a Pale Imitation of Windows 7

As you know by now, the quickest way to attract comments, flames, and unabated loathing to a PC World article is to pit Microsoft fans against Apple fans. And that is exactly what the most-hated PC World article of 2009, with a score of -2724 (3346 total thumbs-down votes), did. This much-abhorred article notes features that Snow Leopard may or may not have stolen from Windows operating systems (though, as we all know, it isn't as if the two companies haven't been pilfering ideas and stealing from each other for years), such as the Exposé Dock Integration (Windows has thumbnail previews). Enraged readers and fans of all types jumped on this article to give it a whopping 200-plus comment count.