We've seen Mac OS X on ordinary, PCs, but a Finnish hacker managed to get it to run on a Nokia N900 phone. 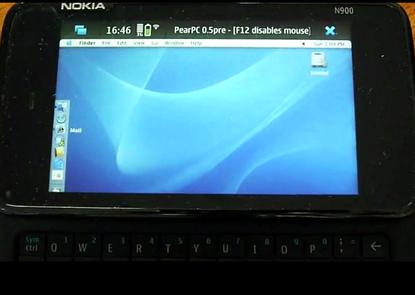 Have you ever wanted to run a full-blown copy of Mac OS X on your mobile device? One hacker has managed to get Apple's operating system running on a smartphone, and it's not the iPhone.

The phone he managed to achieve this feat with - Nokia's N900 smartphone. Sadly the hack, which makes use of PowerPC emulator Pear PC, runs incredibly slowly.

Some bloggers had suggested that the iPad might finally deliver a more full Mac OS X mobile experience.

However, this was not to be, as last week's unveiling revealed that Apple's tablet will run a variant of the iPhone's operating system, multi-tasking limitations included.

Still want to give it a try? If you have a few hours to spare--and you don't mind stepping into a legal gray area by breaking Mac OS X's end-user license agreement--check out Nikkanen's blog for more information.