Intel has some 16-bit programs that won't work with Win 7, and is also delaying the deployment of IE7 and IE8 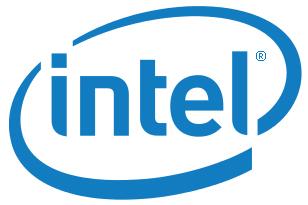 Intel faces challenges in migrating from Windows XP to Windows 7, including application incompatibility and system readiness, the company said on Wednesday.

Intel worked with Microsoft to develop Windows 7 into a stable operating system, but there is still a lot of heavy lifting involved before migrating PCs to the new OS inside Intel's environment, wrote Intel staff engineer Roy Ubry in a blog entry. Challenges include issues related to backward application compatibility, Web browser support, 64-bit computing and privacy controls.

"It means that a significant amount of work needs to be invested to prepare for Windows 7 application readiness," Ubry wrote.

Intel last year announced it would migrate from the nine-year-old Windows XP OS to Windows 7 OS, skipping Vista, which was released in 2007. Now the company is starting its transition to Windows 7.

One of the biggest issues involves migrating applications that can run natively on Windows XP to Windows 7. The move from Windows XP systems to 64-bit computing in Windows 7 presents an application compatibility challenge while migrating PCs, Ubry wrote.

Windows 7 no longer supports 16-bit programs, and Intel still has many legacy applications that will require the company to support older operating systems.

"Initially, you would think this would not be a big concern; 32 bit computing has been around for many years, and most applications have been ported to 32 bit," Ubry wrote. But for companies that want to migrate to Windows 7, the 16-bit programs will need to be changed to either 32-bit or 64-bit programs.

"Applications that are hard coded to look for 'Program Files' at runtime will fail when the application is installed in 'Program Files (x86)'," Ubry wrote.

As much of a challenge as it is, the move to 64-bit computing is necessary and timely, Ubry wrote. It prepares Intel for future computing needs and takes advantage of the higher memory capability of systems available on the market today.

Intel is also trying to tackle some improved privacy features built into Windows 7 that could create issues when trying to run programs. Microsoft has improved security in Windows 7 with an improved UAC (User Access Control) feature, which seeks permission from a user before providing access to programs. But some programs may not seek user permission and could just fail without warning, Ubry wrote. Microsoft has provided an answer that could remedy the problem with the option to run the program as an administrator.

A representative of Waggener Edstrom, Microsoft's public-relations agency, said that he would arrange for someone at Microsoft to speak about Intel's issues, but no one has yet been made available for comment.