Get 3D on your iPad -- with or without glasses

Two apps for the iPad give you a 3D experience, using two different methods. 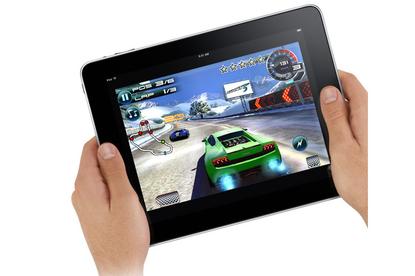 3D has come to the iPad. Sort of. Florida-based kode80 has announced an update to its HoloToy application for iPad (iTunes link) that gives the app a simulated 3D effect. How does HoloToy's 3D effect work? It creates perspective based on the angle of the device, fooling our brains into perceiving a sense of depth.

HoloToy costs only US99 cents and works on any device running the Apple iPhone OS 3.0 or later and only takes up 8MB of storage space. The app comes complete with games, including HoloBall, where you maneuver a ball through a 3D room.

Who else has 3D for the iPad? Firemint's Flight Control app (iTunes link) gives you a 3D gaming experience, but it uses anaglyph 3D images, so you'll need to use the vintage red-and-blue glasses to get the 3D effect. Why resort to the old-school glasses to get 3D in Flight Control? As CEO Robert Murray put it, "the idea of red/cyan 3D just seemed like a wonderfully retro interpretation of modern 3D technology, it suits Flight Control very nicely."