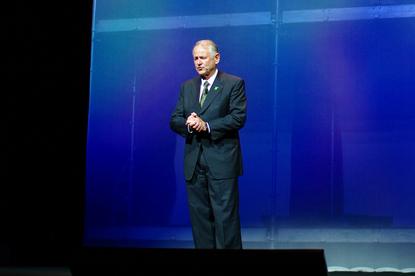 Seventeen plasma televisions and 14 LCD/LED TVs were detailed during the launch in Melbourne in a variety of screen sizes, with releases staggered from now until the end of the year. Plasma televisions range from the $999 TH-P42X20A to the $3299 TH-P50VT20A, with prices for larger VT20 series 3D-enabled plasmas yet to be finalised. Panasonic's most expensive LED edge-lit LCD television is its 42in TH-L42D25A at $2499.

Campbell Simpson flew to Melbourne as a guest of Panasonic.