Bigger is not always better with hard drive storage

Seagate unveiled new 3Tb external drives, but SMBs should think twice about trusting that much data to a single device. 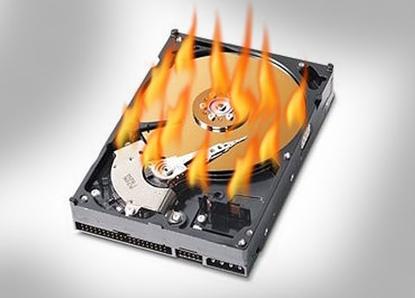 Seagate announced a breakthrough in hard drive storage--blowing past the previous 2.2 Terabyte limitation to develop the first 3Tb hard drive. While that is impressive from a technology standpoint, 3TB is a lot of data to entrust to a single device. It may not be wise for businesses to place all of their data 'eggs' in a single 3TB (or larger) 'basket'.

Theoretically, that means the dam is broken and the sky's the limit for hard drive capacity. The 3TB drive from Seagate is just the beginning and we can expect larger and larger (and larger) drives. However, the more data a business stores on a single drive -- particularly an external portable drive -- the more data can be easily lost or stolen, or obliterated by a hard drive crash.

Have you ever experienced a hard drive crash? I have. It's not fun -- especially if there are no recent backups or copies of the lost data to fall back on. Many small and medium businesses lack a consistent, documented process for backing up data, and even businesses that have a backup process may learn the hard way -- when it's too late -- that the backups are no good or that critical files have not been backed up.

For some businesses, a 3TB or larger drive may make sense. Companies that deal in massive file sizes may need the expansive storage capacity just to be able to archive data in some sort of logical file structure and keep things organized in one place.

Better yet, small and medium businesses should look to storage array devices like the Netgear ReadyNAS, or the D-Link DNS-323--appliances that hold multiple hard drives and makes them available on a wired or wireless network. More importantly, these appliances let you set the drives up using RAID technology to mirror data between the drives so that the loss of a single drive doesn't mean the loss of all data.

Redundant drives can help prevent the loss of data from a crash of any single drive, but RAID won't protect data on a portable 3TB hard drive that is lost or stolen. Organizations also need to ensure that stored data--whether on internal hard drives, external or portable storage media, or archived on backup drives or tapes -- is encrypted to ensure that it can't be accessed by unauthorized users. This is especially true for sensitive data like Social Security numbers, account numbers and other information which most likely falls under federal, state, and industry guidelines requiring sufficient data protection measures.

Seagate deserves kudos for breaking the 2.2TB barrier and delivering the first of the next-generation massive hard drives. Just keep in mind how easily an external drive can be lost or stolen, or how quickly data can disappear in the event of a crash.

Feel free to embrace the 3Tb drives. Just make sure you buy more than one and put processes and controls in place to protect all of that data.