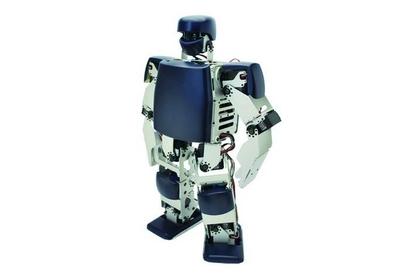 Chip manufacturer Intel is defying conventions and moving out of its established space in personal computing systems, and spreading their territory to include tablets, mobile phones, and smart TVs, among others.

During a recent regional media workshop held here, Intel executives said they are poised to fill the gap of what is called the "compute continuum," a whole line of personal computing devices being created by IT firms to meet the demands of the market.

"Since 2000, we've seen growth of extraordinary measures," shared David McCloskey, director of platform marketing and business operations, Intel Asia Pacific. "But there has been a lot of changes in terms of how the market has evolved over the years."

McCloskey said computing in the early 2000s was driven by desktop units, corporate hardware buy-outs, and mature market adoption. "Computing in 2010, however, is driven by a more mobile experience, purchased by consumers, and adopted mainly in emerging markets," he pointed out.

This shift in computing is driven largely by the Internet, which, since recovering from 2001's dot-com bust, has spawned many applications that has drawn a lot of users in. "Intel's vision is to complete the compute continuum, to offer the right products that will shift the company towards delivering [a great] user experience," McCloskey said.

The focal point of this unique user experience is still the PC, according to McCloskey, with notebooks and netbooks leading the pack.

But where does this leave the trusty old desktop PC? "The desktop space is still growing. In fact, we see double-digit growth for the segment in APAC. It has [completely] reinvented itself," he explained, alluding to different form factors that have sprung up from conventional desktop tower designs, from gaming enthusiast towers down to ergonomic Atom-based nettop PCs.

With the sudden boom of Internet usage, more and more people are accessing content over the Web. McCloskey shared that today, the number one website remains to be Facebook, and that the number two search engine--after Google--is YouTube, cementing perennial views that social media has indeed taken center stage in the way users experience the Internet.

"In a minute, at least 198,000 photos are shared, and 24 hours of video are uploaded," he related. "More and more, the social networking, video, and media aspects of computing are becoming mind boggling."

Users surely are guzzling up enormous amount of content online, but Intel said the same users are actually producing them, giving birth to an Internet user known as the "digital prosumer." "[In this scenario], the PC is the sweet spot. A lot of mainstream folks are consuming content [through it], and for sure, a lot of them are producing content as well," the Intel executive expounded.

The global IT giant has, over the years, carved a niche for itself in high-power computing, releasing chip after chip that are faster and more efficient than the other. Intel's strategy for today, however, revolves around putting an Atom chip into every device imaginable, in an effort to complete the continuum by spreading towards more mobile and intricately designed devices.

"The Atom realizes our vision of completing the compute continuum," McCloskey continued. "It will drive the second wave of netbook innovation."

Foremost of this innovation is fueled by an unreleased Atom platform based on Pine Trail, codenamed by Intel as "Canoe Lake." At 14mm thin, the new platform will enable the creation of netbooks that are at least a half-inch thick, 50% thinner than most notebooks in the market today.

Intel demoed a prototype of a Canoe Lake-based netbook during the workshop here, a half-inch thick unit that has an internal fan to dissipate heat.

The executive said Oak Trail is a perfect match for tablets because of its smaller footprint allowing for a more minimalist design, 50% lower silicon power that enable low power requirements, but with a higher performance that can deliver 1080p video playback with integrated HD video decoder and an HDMI port.

The biggest leap for Intel, however, is its recent foray into the smartphone segment. Admittedly, McCloskey said this space is "challenging" for Intel, because "we [know we] can deliver performance, but can we deliver it on the phone model?"

Still, Intel is leaving no stones unturned in capturing the smartphone segment of the market, which McCloskey reports is as big as the PC market itself. "For us, the potential possibility of bringing full PC-like computing experience to the handheld is very compelling," he emphasized.

While development of models that will carry the Atom chip is still underway, Intel made initial steps towards achieving its smartphone agenda by signing an agreement with Finnish phone manufacturer Nokia to merge the latter's Linux-based mobile OS called Maemo with the homebrewed netbook OS developed by Intel called Moblin, giving birth to a third OS called MeeGo.

"MeeGo is the cornerstone of our Atom strategy. It will offer a single unified operating environment compatible across a range of form factors," he explained.

With MeeGo, Intel is adding a single and unified software stack across all its device offerings that will carry the Atom chip. But the "Atom Everywhere" proposition doesn't only limit itself to the MeeGo OS, since users are given a choice to install their OS flavor of their choice, whether it be Android, Linux, or Windows.

"In a lot of form factors, there is no incumbent OS," McCloskey shared. "Our key value propositions include an open choice that is optimized for Atom, and takes advantage of all its performance factors."

Intel's vision, he said, is to create an open ecosystem where applications can freely flow into the system, and not to compete head-on with Apple's iOS, widely acknowledged as one of the widely used mobile OS in the market today.

Similarly, Intel is taking Apple's claim to fame--the Apple App Store--and twisting it to serve its own, through their own application merchant framework called AppUp. Developers can make applications and contribute to the ecosystem through AppUp, which enables their apps to be deployed across a variety of devices.

"Currently, the Intel Atom developer program has 16,000 registered members," McCloskey said. "We have already set up a fund to attract developers to make apps for different devices."

Applications developed for the MeeGo OS, however, have yet to see the light of day, as Intel said they are still at a very "nascent stage," where the focus is geared towards developing the community and encouraging partners to create apps for the platform.