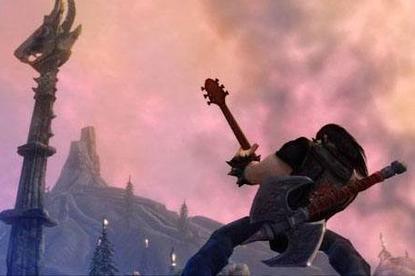 During a talk at the 2010 Develop Conference in Brighton, England, Double Fine headman and video game developer legend Tim Schafer said his studio now has four projects in development and none of them is Brutal Legend 2.

The cancellation of Brutal Legend 2 came about through the publisher's decision (not Schafer's). Afterward, his team split into four groups each working on "indie-style" games. Later, Double Fine shopped these projects around to publishers and now all four have been signed.

Further details on the four projects are hazy -- as reported by GameSpot, Schafer hinted that we may see some of them this year in disc or downloadable form. He also dropped hints as to the variety in game genres, saying that the indie approach let them play with different demographics which should give them "more chances at having a hit game."

Schafer's video game output has rarely failed to impress critics, but sales have sometimes been lower than expected. Hopefully, a low cost strategy will translate to plenty of profits and more AAA titles in the future.