The history of Metroid

In light of Metroid: Other M's release on Wii, we take a look back at the entire run of Nintendo's Metroid franchise, from the 1987 original on NES to now. 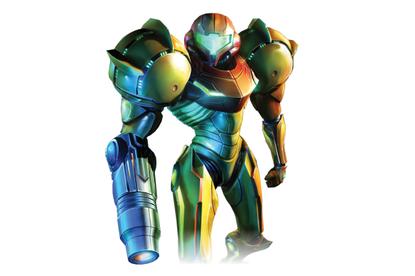 Developed by Nintendo R&D1 alongside Kid Icarus, Metroid hit the Nintendo Entertainment System very early in the console's lifecycle, amidst the likes of other born-to-be classics such as Castlevania, The Legend of Zelda, and Mike's Tyson's Punch-Out!! Metroid's story begins with the galaxy in peril: a Galactic Federation vessel comes under attack by the nefarious Space Pirates, who steal samples of an organism called the Metroid, a creature that can forcefully leech life energy from any living organism. Fearing that the Metroids can be turned into dangerous biological weapons, the Galactic Federation sends Samus Aran, a lone bounty hunter, to the Space Pirates' base on Planet Zebes.

Originally intended by Nintendo to be a mix of Mario's platforming and Zelda's item-focused treasure hunting, Metroid introduces many elements that other games emulate to this day, such as exploration-based gameplay where power-ups have to be discovered in order to unlock new passages. It also features a uniquely open-world in Planet Zebes, multiple endings based on completion time, and most famously, a combat-driven female protagonist (one of the first in gaming).

Return of Samus released on the Nintendo Game Boy in 1991, giving the titular heroine a handful of new powers and combat abilities that later became series mainstays. Regardless of the two-tone, green-and-black color palette, Return of Samus features graphical detail comparable to the original Metroid. Having defeated the Space Pirates and their leader, Mother Brain, the second Metroid title sees Samus hunting down and eradicating the Metroid species on their own home planet. Setting the scene for events in the next series installment, Samus "adopts" a lone Metroid hatchling at the end of the game, becoming the creature's "mother" via imprinting.

Taking full advantage of the Super Nintendo's 16-bit technology and six-button control scheme, Super Metroid takes Samus back to the original setting of the series with increased production values and enhanced gameplay. Super Metroid's plot also brings back the Space Pirates from the NES title, whom Samus must defeat again in a new mission. Picking up right after the events of the previous game, the first moments of Super Metroid see Samus delivering the Baby Metroid to the Ceres Space Colony for the good of science. Soon enough, Ridley, the fearsome leader of the Space Pirates, kidnaps the Metroid hatchling with Samus helpless to stop him after a short battle. Following Ridley back to Planet Zebes, Samus fights her way through the heart of the planet to recover the Baby Metroid and put a stop to Mother Brain and the Space Pirates one more time.

Premiering on the Game Boy Advance, Metroid Fusion is the latest adventure in the series' chronological timeline. Taking place after Super Metroid and the Prime titles, Metroid Fusion introduces a new enemy, the X Parasites, creatures that mimic the appearance and memories of their host, killing it in the process. Fusion's story introduces a mission-like structure to the gameplay, along with altering Samus' combat tactics due to a near-fatal X Parasite infection that radically changes her biological and physical appearance.

While its announcement as a first-person shooter initially met apprehension from media and fans alike, Metroid Prime released on the Nintendo GameCube to wide critical acclaim. Powered by new graphics technology and benefiting from a partnership between Retro Studios and Nintendo R&D1, Metroid Prime proved to be a radical departure from the 2D side-scrolling gameplay of Super Metroid. Occurring very early in the Metroid timeline, Prime revolves around Samus and her ongoing conflicts with the Space Pirates and their biological weapons experiments, which were recently relocated to the mysterious Planet Tallon IV. As a first-person shooter, the camera view takes place solely from the perspective of the visor in Samus' Power Suit. Retaining the exploration-based gameplay from previous games, Metroid Prime uses various elements of the heads-up display to help target enemies, find hidden passages, and scan the environments of Tallon IV for clues and hidden power-ups.

A remake of the original Metroid, Zero Mission retells the story of Samus and her first encounter with Mother Brain and the Space Pirates, this time with new graphics and revamped gameplay on the Game Boy Advance. Rebuilt with the same engine used to develop Metroid: Fusion, Zero Mission adds upon the original game's level structure with new bosses, items, and scenarios to play.

Thanks largely to the success of Metroid Prime, Nintendo's Retro Studios was now free to create new art, effects, and features for the sequel, Metroid Prime 2: Echoes. Introducing a new villain to the series, Dark Samus, Metroid Prime 2 takes place on Planet Aether. The world's overrun by Ing, creatures that exist in the dark dimension of Aether, who prey on the original inhabits of the world, the Luminoth. As Aether becomes embroiled in a war between to the two races, the Galactic Federation is caught in the crossfire when the Space Pirates get involved for their own purposes. Samus Aran is soon sent in to investigate, and must carefully navigate between Light Aether and Dark Aether.

As a spin-off game not chronologically considered part of the series canon, Metroid Prime Pinball is more of an experiment for the Nintendo DS by Fuse Games, a developer that previously worked on Mario Pinball Land. Using Samus' Morph Ball ability as a starting point, this game restructures Metroid Prime into a pinball game, using the DS design and touch-screen to add various elements to the pinball mechanics. Not only can players navigate the board for points, but Samus can wall jump and fire weapons while battling enemies that pop up sporadically throughout the game.

Initially appearing as a pack-in demo for the DS titled "First Hunt," the full version of Metroid Prime Hunters became available in 2006, detailing another one of Samus' missions from the Galactic Federation. Taking place in the Alimbic Solar System, Metroid Prime Hunters pits Samus against a handful of other bounty hunters looking for a mysterious power that belongs to the Alimbic race. Metroid Prime Hunters is notable for re-purposing the gameplay style of Metroid Prime into a portable single-player experience, while also providing extensive multiplayer that supports voice chat and computer-controlled stand-in opponents.

Wrapping up the Metroid Prime series, Corruption makes extensive use of the Nintendo Wii's motion controls to add even more elements to Samus Aran's arsenal. Using the Wii Remote, players can lock-on to objects, aim weapons, and shoot enemies as if using their own Arm Cannon. Reviewers and critics praised Metroid Prime 3 for its use of the Wii's controls, with particular note also geared towards the graphical quality and overall story.

Metroid Prime and Metroid Prime 2: Echoes saw new life on the Nintendo Wii with Metroid Prime Trilogy, a three-game collection that adds motion controls to the first two games in the Prime series. Aside from incorporating the new control scheme into the former GameCube titles, Retro Studios also touched up Prime and Prime 2 with improved textures, graphics, and tweaked difficulty for boss encounters. Nintendo eventually put this collector's edition out of production, while Japan instead received the Prime and Echoes remakes as standalone games.