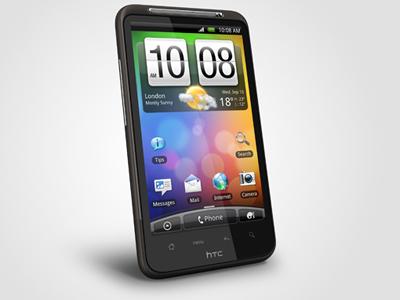 HTC has made the update to Google's Android 2.2 mobile operating system, available to Australian owners of its flagship HTC Desire handset after many delays.

Six months after Google first released the 2.2 or 'Froyo' version of its mobile operating system, HTC has made the update available to Australian owners of its flagship HTC Desire handset – through its website, if not directly over the air.

But the process may have cost the Taiwanese manufacturer. At the culmination of a day in which dribs and drabs of information gradually emerged about the update and the ongoing delays in delivering it to anxious Telstra customers, a senior Australian HTC executive tonight admitted the process had been “just a nightmare” and "a really unfortunate experience".

Today's debate about when the update would hit local HTC Desires – which have been speedily taken up by the nation's early technology adopter community since Telstra launched the top-line handset in April – was kicked off at a Telstra briefing this morning for another mobile product.

The telcos' director of Mobility Products Richard Fink told journalists he wanted to set the record straight about the delays, noting they weren't due to Telstra tardiness and had originated at Google, with a faulty update causing gremlins in the system in Europe.

Telstra had originally promised customers the update would hit Australia within a month from September 15. But as that date came and went, Desire owners started to get antsy, flooding online forums with requests for further information. Then on the 18th the telco appeared to issue several statements on the matter on Twitter.

Speaking to journalists in Sydney tonight at an event to launch his company's new Desire HD handset, HTC's Australia and New Zealand sales and marketing director Anthony Petts told journalists the whole saga had been “just a nightmare”.

Petts couldn't go into detail about what precisely the issue had been that delayed the update, but he said it had hit the trio of high-tech companies involved “at the last minute”.

The executive described the updating process as “a complex process” – both HTC and Telstra need to test Android updates before they can be rolled out to users' devices. And because the Google operating system runs on a variety of different form factors and hardware platforms, customising the software for each handset can be tricky.

Then, too, both HTC and Telstra have customised software that runs on top of the Android base – for example, HTC's Sense interface and Telstra's Foxtel video streaming tie-in software.

Petts said he understood that from a consumer perspective that the utmost thing was that “we maintain the end experience as optimal”. He assured journalists the update would be out there very shortly. “We're very, very close,” he said.

By the end of HTC's press event, the issue was over: The company had succeeded in posting the updated image file on its Australian website, Telstra had alerted its HTC Desire users, and the tense stand-off between customers and the Desire triumvirate of Google, HTC and Telstra was over.

However, it's not as if HTC is alone in its updating problems with Android. A variety of other manufacturers have yet to confirm exact timing for when the Froyo update will other popular high-end handsets in Australia. And the next version of Android – dubbed 'Gingerbread' – is right around the corner.

In addition, Google may soon find itself under pressure to overhaul the update system completely. Apple already sends its mobile updates automatically to its iPhone handsets, and Microsoft has also announced plans to bypass the approval processes of the carriers and handset manufacturers completely with its new Windows Phone 7 platform, which has just been launched in Australia.

In the meantime, it's only necessary to take a quick peek at the Twitter feed for the search terms “Telstra” and “Froyo” to see how happy users are with the update they've been waiting months to receive.