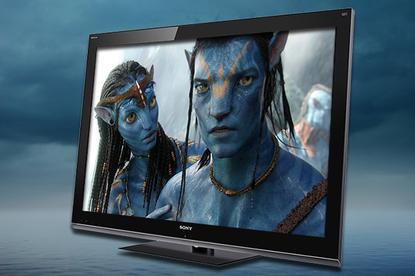 James Cameron's Avatar: worth investing in a 3D Blu-ray player?

3D video is the Next Big Thing – at least, that's the word according to Blu-ray manufacturers like LG, Samsung, Sony and Panasonic. All four vendors have released a suite of 3D-capable Blu-ray players in recent months, such as the LG HR558D, Panasonic DMP-BDT300 and Sony BDP-S570.

However, it would seem that the average consumer is less than convinced by the Blu-ray phenomena – in both its 3D and 2D guises.

In a recent PC World poll, over 35 per cent of readers claimed they had no interest in Blu-ray whatsoever – and were instead sticking to the DVD format.

Of the remaining 554 respondents, 31 per cent claimed they would only invest in 2D Blu-ray, while 19 per cent said they were sitting on the fence for now. Only 14 per cent of respondents expressed an interest in 3D Blu-ray technology.

With consumers seemingly disinterested in 3D Blu-ray movies and TV networks still dragging their feet, it would seem 3D gaming may be the last bastion of hope for 3D TV.

Unfortunately, gamers are amongst the most cynical consumers in the world. We think it might be time to usher in the next Next Big Thing. Smell-o-vision, perhaps?

3D TV: what you need to know

Battle of the budget Blu-ray players

Ten best movies to own on Blu-ray for audiophiles