As the open source Web browser marks another year, competition is stiffer than ever before. 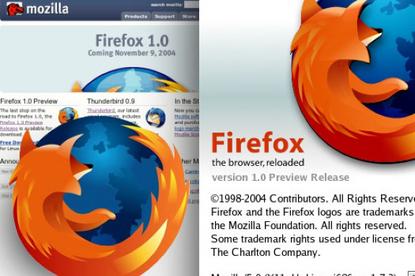 Mozilla is celebrating the sixth birthday of its Firefox browser today, and it's inviting users of the popular free and open source browser to help by sending in a postcard for display in Mozilla's Mountain View or Paris offices.

It was Nov. 9, 2004, that Firefox 1.0 made its debut following Mozilla's own emergence several years previously to promote "openness, innovation and opportunity" on the Web. Firefox has since become the browser of choice for some 400 million people around the world, Mozilla said.

Today, Firefox is available in more than 70 languages and offers an easy way for people to enjoy rich Web experiences. Nearly a quarter of Internet users choose Firefox as their window to the Web, and more than 150 million people use Firefox add-ons to customize their Web experience.

"The success of Firefox is due to the passionate and dedicated Mozilla community, comprised of tens of thousands of developers, localizers, testers, ambassadors and campus reps," Mozilla wrote in a celebratory blog post on Tuesday.

Of course, the market landscape today is far different from what it was when Firefox was born. Back in 2004, Internet Explorer's domination seemed more or less complete, and competitors were few and far between.

Using source code from the ill-fated Netscape, Mozilla innovated a powerful new browser complete with tabs, live bookmarks, a tightly integrated search box, pop-up blocking, and hundreds of add-ons. Perhaps even more important, Firefox went on to become one of the most widely known examples of free and open source software.

In the browser arena today, however, there's not only Firefox and Explorer but also Google's Chrome, which is posing a serious challenge. Both Firefox and Explorer have slipped recently in market share, in fact: Firefox went from 23 percent to 22.8 percent during the course of October, according to data from researcher Net Applications, while Internet Explorer fell from 59.7 percent to 59.2 percent. Chrome, meanwhile, rose from 8 percent to 8.5 percent.

Nevertheless, Firefox has a very good chance at succeeding in this newly intensified competitive atmosphere. Its JägerMonkey JavaScript engine, for example, promises to set the browser apart when it comes to JavaScript processing. Firefox 4 -- due early next year, but available now in beta -- will include that as well as features including the new "Panorama" tab manager and hardware acceleration.

More than anything, though, I'm grateful to Firefox and Mozilla for helping to bring free and open source software to the forefront of mainstream public attention. Without Firefox, this would still be a much more closed-source computing world, I believe, and that would be bad for everyone.