The Android user interface receives a polish in Gingerbread, including improved copy and paste of text 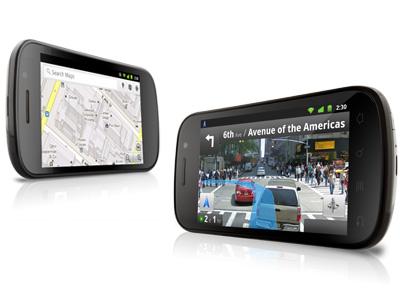 Android is already used by a number of tablet device makers – from Samsung to Telstra and ViewSonic – but the form factor of the display was not optimised as it is with smartphones, particularly with third-party applications from the Android Market.

There are also new values for the screen orientation attribute and Google has published developer documentation on supporting multiple screen sizes – from two to 10 inches – in Android apps.

Using the API, applications can offer voice calling features without having to manage sessions, transport-level communication, or audio.

The Android user interface receives a polish in Gingerbread, including improved copy and paste of text.

Gingerbread devices can be used as Wi-Fi hotspots for up to six other devices – a feature already ported to some Android 2.2 'Froyo' handsets.

Near Field Communications (NFC) support has also been added to Android, which can be used for mobile commerce between devices and other NFC phones.

NFC relies on wireless technology in the device hardware, so support for Android's NFC features on specific devices is determined by manufacturers. The NFC API is always present regardless of underlying hardware support.

Applications can now make use of multiple cameras on a device for photo or video capture and mixable audio effects have been added to Android's media framework.

A new download manager handles long-running HTTP downloads and apps can request that a URI be downloaded to a particular destination file. The DownloadManager will perform the download in the background, taking care of HTTP interactions and retrying downloads after failures, across connectivity changes or system reboots.

Gingerbread adds official support for devices that do not include SD cards and it provides a virtual SD Card partition, when no physical SD card is available.

The first device to ship with Gingerbread is the co-branded Google, Samsung Nexus S smartphone.