The News Corp. division that includes MySpace posted a $156 million loss for the quarter ending September 2010. 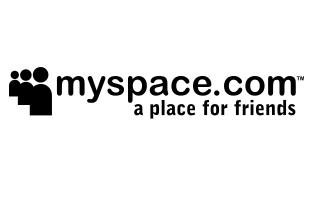 Things just keep getting worse for MySpace. The former social networking hub recently announced it would cut nearly half of its global workforce as part of a restructuring effort.   As many as five hundred MySpace employees worldwide will soon be looking for work as the site continues to redefine itself from a social network to an entertainment content site with social networking features.

There's also word that News Corp., MySpace's parent company, may be looking to sell the site it bought for $580 million in 2005. One potential buyer may be Yahoo, according to The Los Angeles Times. This wouldn't be the first time a potential MySpace-Yahoo deal has been rumored to be in the works. In 2007, News Corp. reportedly offered to swap MySpace for a stake in Yahoo.

End Of An Era?

The latest MySpace announcement caps a series of retreats for the once mighty social network, which has seen its Web traffic numbers drop dramatically in recent months. In August, MySpace launched a service that let you push your MySpace activity into Facebook. That was followed by a new product called MySpace mashup with Facebook that let you pull in your likes and interests from Facebook to get personalized entertainment recommendations on MySpace. The move incorporated MySpace into Facebook's universal login platform, and many critics saw the move as MySpace's official surrender to its social networking rival.

News Corp. may also becoming impatient with an ailing MySpace. The News Corp. division that includes MySpace posted a $156 million loss for the quarter ending September 2010. At the time, News Corp. COO Chase Carey said MySpace's losses were not "acceptable or sustainable," according to USA Today.

MySpace's recent layoffs follow two rounds of job cuts in 2009. The company lost nearly 30 per cent of its staff in June followed by an international round of layoffs one week later.

The big question now for MySpace is whether it can bounce back and survive in 2011 as a self-styled "social entertainment destination" for a "Gen Y audience."

Connect with Ian Paul (@ianpaul) and Today@PCWorld on Twitter for the latest tech news and analysis.