Study: Video games do not make you fat, just dumb and depressed

A new study suggests video games aren't the root of all rotundity, but finds they can impact social and academic skills. 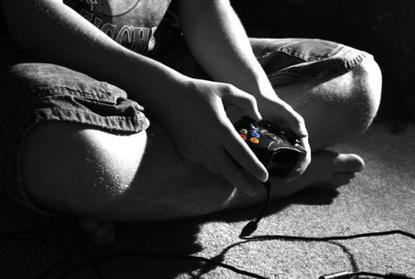 Sick of stories about video games making you fatter, slower, dumber, and angrier? Here's one that leans in the other direction, suggesting video games are in fact not driving up childhood obesity rates.

How to snag a gamer girlfriend

In Pictures: the sexiest cosplayers in the galaxy

Q&A with PiMP.tv's Christina and Ashlee

Fading Lights: The rise and fall of the video game arcade

The folks behind the study that prompted the story, Michigan State University in East Lansing, are just up the way from me (I'm in Ann Arbor). They took a group of 482 12-year-olds and kept tabs on them for three years. During that time, children as well as their parents answered questions about video game playtime as well as cell phone use. The researchers took into account exam scores, physical characteristics like height and weight, social and economic factors, and actually tested the children's social, mathematical, visual, and reading comprehension skills.

The results? Video games were no more a factor in determining weight or body-mass-index (BMI) than Internet or mobile phone use. In fact the study found the strongest predictors were race, age, and socioeconomic status.

Okay, two downsides: Those who played games more in the study also scored lower in school, and had lower self-esteem.

In the discussion section of the study, the researchers state the social and grade-related negatives suggest that "videogame playing is best construed as a 'solitary' activity...rather tha[n] a social one," and that "[i]t not only undermines academic performance but also the development of social skills needed to achieve a positive social self-concept."

They ultimately conclude -- I think wisely -- that "the potential for the Internet and other information technologies to produce positive or negative outcomes for children and adults encourages more research on if, when and how it results in significant effects."