The best ever Commodore 64 music 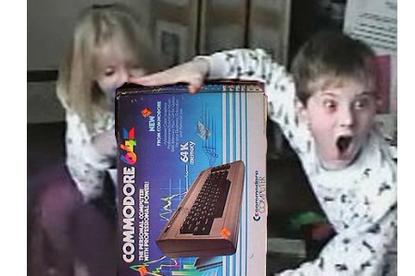 OMG! Commodore 64 music is the best ever!

If you're anything like us, you'll often reminisce about the console or computer games you played as a child. For us, it's the Commodore 64, on which we wasted countless hours and broke countless controllers. It turned out to withstand much keyboard abuse, too — they don't build them like they used to, is what get-off-our-lawn types like us like to say.

But the main reason for reminiscing over our childhood C64 games isn't the gameplay, nor the destruction we tried to inflict upon the poor computer when the gameplay became frustrating — it's the music. The C64 had, hands down, the most awesome music in the business. It's amazing what some very talented people (such as Rob Hubbard) were able to do with its SID chip.

So for your listening pleasure, here are some of the best pieces of gaming music (both in-game and intros) to ever come out of the Commodore 64.

The Way of the Exploding Fist

This is our favourite piece of music. You can listen to it on the Lemon64 site. Do it, you won't be sorry!

For more information on Commodore 64 music, and for modern remixes, check out Remix64.