Video sharing site Vimeo has released an iOS application for the Apple iPhone 3GS, iPhone 4 and iPad 2. The app lets users browse and tag Vimeo videos, as well as record and edit their own videos including adding visual effects, and upload directly to Vimeo in high definition. 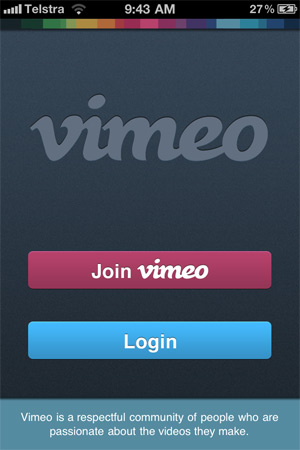 Vimeo is the main video sharing competitor to YouTube. Its user base is much smaller than YouTube's, but content is generally of a higher quality — many amateur film-makers and video enthusiasts choose to use the site for its higher quality upload options and tight-knit community. 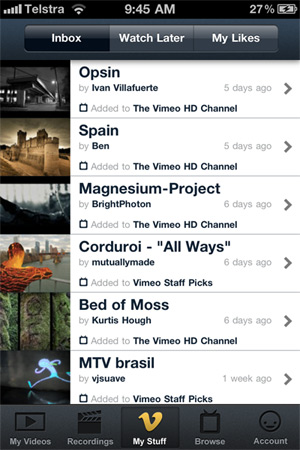 A search feature is a glaring omission from the initial Vimeo app release, but the Vimeo blog promises it will be included in an upcoming update. Users can browse through Vimeo channels as well as their own previously compiled lists or groups of favourite videos, and share content via Facebook, Twitter, Tumblr, email or SMS. 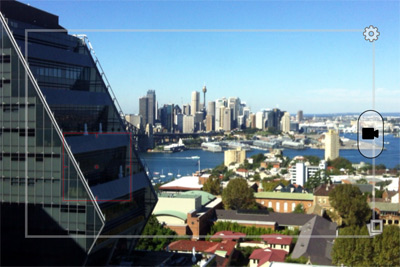 The Vimeo app lets users record video using the iPhone or iPad's camera, with the iPhone 4 and iPad 2 able to switch between front and rear cameras before shooting. The iPhone's flash can be turned on as a video light and users can turn on a grid or box for framing help. 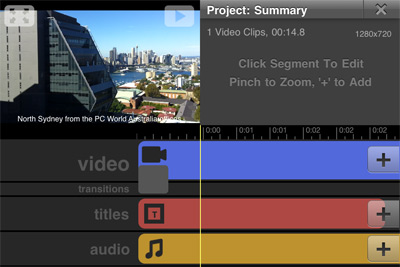 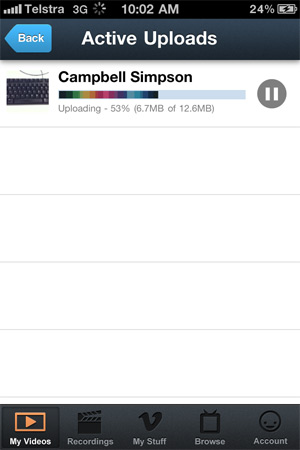 Uploading videos can be done via Wi-Fi or 3G, with HD, Standard and Low quality options available.