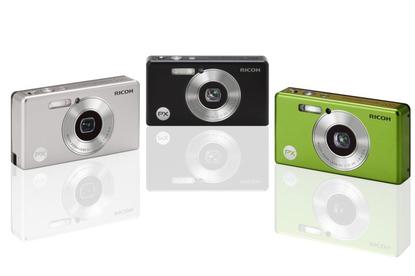 Ricoh will launch its PX Series camera in late June. The company describes the PX Series as being 'adventure proof': it will be waterproof to 3m and shockproof up to 1.5m. Additionally, it will be dustproof, dirt-proof and sand-proof. The best part is it will have a recommended retail price of just $299.

The Ricoh PX Series will have a scratch-resistant 2.7in screen, a 16-megapixel CCD sensor and a 5x optical zoom lens with a range of 28-140mm. It will feature similar technology to Ricoh's CX Series cameras for processing images, as well as offering a virtual boost to the zoom, allowing users to capture photos up to 280mm.

Other features of the PX Series include a start-up time of only 1.4sec, auto scene selection, subject tracking and face recognition focusing, and a range of creative filters.

The PX Series of cameras will allow for personalisation, too, as Ricoh will have a range of different colour protective sleeves for the cameras, including pink, yellow, blue, brown and white.