Sony launches Qriocity app for Android smartphones, but not tablets 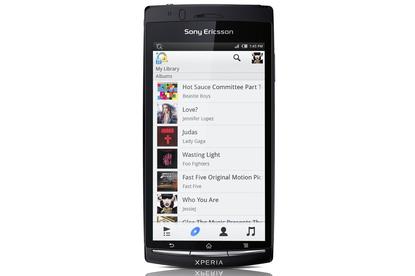 If you own an Android phone and you are a subscriber to Sony's cloud-based Qriocity music service on the PlayStation and PC, you're in luck: Sony has just announced the launch of a dedicated Qriocity app for Android smartphones.

The Qriocity app enables subscribers to access their full music library, synchronise songs from their PC, and play them on a compatible Android phone. Curiously, Sony says the app will only work on smartphones running Android 2.1 or higher, but will not work on Android 3.0 "Honeycomb" tablet devices. Sony also says the app will only display properly on Android phones with a screen resolution of 480x854, 480x800 or 320x480 pixels.

The app has been specifically tested on Sony Ericsson's latest Android-based mobile phones, with the company listing the XPERIA Arc, XPERIA Play, XPERIA X10, XPERIA X8 and the XPERIA Neo as officially supported devices, but it will also work with other Android phones provided they fit the criteria above.

Subscription is available in two forms, premium ($12.99 per month) or basic ($4.99 per month). Premium subscribers can use the app to add songs to their library, create and edit playlists, access Qriocity's premium music channels and search and play the entire Australian music catalogue without restrictions. Basic members can play music on multiple devices, synchronise the songs on their PC, and access basic music channels.

If you're not a Qriocity subscriber, you can sign up through the app for a free 30-day trial. The Music Unlimited powered by Qriocity app is free and available now in the Android Market.