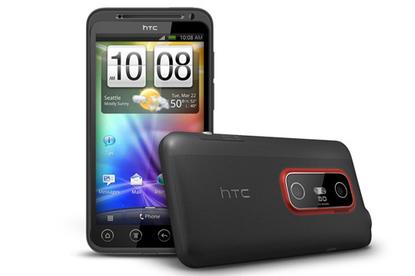 Do we really need another 3D smartphone? HTC seems to think so, following its announcement that the HTC EVO 3D smartphone will be available in Australia through Telstra and Vodafone in September.

The HTC EVO 3D will be just the second 3D-capable smartphone to launch in Australia, following the Optus-exclusive LG Optimus 3D. Like the Optimus 3D, the HTC EVO 3D has a 4.3in glasses-free LCD display for 3D viewing. The screen technology uses a series of slits on the front of the LCD screen that block light so that users' left and right eyes see different images, creating a 3D effect.

The HTC EVO 3D Android phone comes with a 5-megapixel dual-lens camera for 3D video recording. This means you can film 3D videos using the dual-lens camera, and watch them on a 3D-capable, high-definition television. The HTC EVO 3D will also come pre-loaded with a 3D movie and 3D games, while HDMI connectivity and DLNA are available for sharing 3D content.

"This beautifully designed and powerful device continues the HTC tradition of putting the customer first in everything we do," said Ben Hodgson, HTC's country manager for Australia and New Zealand. "It opens new frontiers for all customers looking to add a new dimension to their viewing experience. 3D has revolutionised the way customers experience content and the highly-customisable HTC EVO 3D will change the way customers interact with their devices and how they create and share their experiences with friends and family."

The HTC EVO 3D's 4.3in display has a resolution of 540x960, making it a quarter HD (qHD) screen. A qHD display is also used on HTC's flagship Sensation Android phone, which earlier this month exclusively through Telstra.

Elsewhere, the HTC EVO 3D is powered by a 1.2GHz dual-core processor, has a hefty 1GB of RAM, and comes with 1GB of internal memory along with a microSD card slot for extra storage. The HTC EVO 3D runs the latest 2.3.4 Android "Gingerbread" operating system with HTC's traditional Sense user interface.

HTC also announced that its HTC Watch video streaming service will be available in Australia later this year. The service will enable customers to download 3D movies and video.

The HTC EVO 3D will be available through Telstra and Vodafone from mid-September. Pricing and plans details will be announced "in coming weeks".