Why Steve Jobs is right about Android

Emotion and opinion do not play a role in determining legal issues surrounding whether Android was "stolen" from iOS. 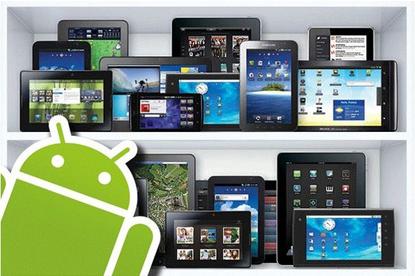 Over the weekend I wrote an article titled "What If Steve Jobs Is Right?" As the title implies, the post was a hypothetical look at the possibility that Steve Jobs' assertion that Android is a "stolen product" is true.

Many of the comments I have received on the article itself, as well as on Facebook, Twitter, and Google+ seem to be based on emotion and the personal opinion the commenter holds of Apple and Steve Jobs. Those things have nothing to do, though, with patent law or the realities of whether or not Android infringes on Apple patents.

Let's take a closer look at some of the arguments being thrown about as evidence that Steve Jobs is wrong about Android:

Android Existed Before iOS Was Conceived

I have no idea when Jobs or Apple actually conceived iOS, but Android--the company--was founded in 2003, and bought by Google in 2005. Based on that simple chronology many Android loyalists and Apple bashers jump to the conclusion that Android couldn't possibly infringe on Apple patents for iOS that wasn't made available until 2007.

There are a couple flaws in this logic. First, he who patents first, wins. There are steps in the patent-granting process designed to identify similar technologies that already exist--or "prior art". The fact is that whatever concepts and technologies Apple owns patents for made it through that process and were awarded to Apple. Even if the developers at Android thought something up first--or something that was identical to what Apple came up with--Apple appears to have won the patent race.

Nobody is claiming that it is. Apple (and Microsoft) assert that key portions of Android infringe on technologies and concepts it owns patents for. If Android were an exact replica of iOS it would make the whole court battle thing much easier, but Android doesn't have to look anything like iOS in order to violate specific patents.

Apple Stole Its Ideas In the First Place

Perhaps. The problem with this line of attack against Apple is that it is irrelevant to the ongoing patent litigation. Whether or not Apple invented the graphical interface, touchscreen, mouse, or anything else has no bearing on the fact that Apple holds hundreds of patents in countries around the world for various technologies and concepts, and it is those patents which Android--or the device manufacturers who rely on Android--are accused of violating.

If Xerox, Palm, or any other entity believes that Apple has infringed on its patents, it is incumbent on them to defend those patents and take that up with Apple.

Apple Patents are Too Broad

Again, perhaps. Like the previous issue, though, even if this is true it is irrelevant. The fact is that Apple was awarded the patents. Personally, I agree that the patent system is damaged and that things have gotten out of hand. I agree that some of the patents I have seen awarded to Apple seem a tad ridiculous.

However, regardless of my opinion--or yours--Apple does, in fact, hold these patents, and has the legal grounds to defend them. If you feel that Apple patents being applied against Android are too broad, take that issue up with your lawmakers and fix the patent system, but it doesn't materially change the legal case Apple has against Android device makers.

Steve Jobs Was Just Being a Petty Tyrant

Once again, perhaps. We're three for three on issues that may be true, yet have no bearing on the legalities of the patent infringement case.

The fact that Steve Jobs pledged to vigorously defend iOS and Apple patents against theft by Google and Android seems perfectly normal. The fact that it also seems bourne out of a sense of vengeance over the personal betrayal he felt from Eric Schmidt doesn't change patent law or the merits of Apple's case.

Granted, it may seem a bit petulant and tyrannical to vow to bankrupt Apple if necessary in order to crush Android. But, if your number one competitor--a competitor that has surpassed you in the smartphone arena and possibly siphoned billions of dollars in revenue that might have gone to iOS--is built on ideas that are stolen from you, it seems quite reasonable.

This is honestly the only argument that matters from a legal perspective, and it is a matter for the legal system to decide. So far, though, it would seem that Android--or at least the devices that are built on the Android OS--do, in fact, infringe on patents held by others.

Among the ten Microsoft licensees are both HTC and Samsung--two of the biggest Android smartphone and tablet vendors, and primary targets of Apple. HTC and Samsung have already conceded that their Android devices violate patents--at least Microsoft's. It seems fair to assume that HTC and Samsung would also be willing to enter into licensing agreements with Apple, but Apple is not interested--at all.

You could also still presume that Android doesn't infringe on Apple patents. Just because it might borrow from concepts patented by Microsoft doesn't mean it also violates Apple patents. So far, though, the courts around the world seem to disagree.

Apple has won preliminary injunctions against Samsung devices in Europe and Australia. HTC has been handed major setbacks from the United States International Trade Commission. HTC, Samsung, and Motorola--which has since been acquired by Google itself--have all countersued Apple claiming patent infringements of their own. But, so far it seems those patent allegations lack the merit of the Apple patent infringement allegations.

It is true that all of technology is built on the shoulders of the technologies that came before it. It is very difficult to claim a truly unique concept that doesn't rely in whole or part on the ideas of others. But, the patent systems around the world are what they are, and based on the legal realities of the patents that Apple holds, it does seem there is a very good chance that Android violates at least some of them.

Regardless of your opinion of Apple or Steve Jobs, the courts will decide based on the legal merits of the patent cases presented, and then we'll know whether or not Steve Jobs was right.