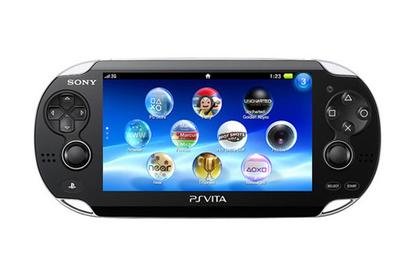 Vodafone has today opened up pre-orders for the hotly-anticipated Sony PlayStation Vita portable gaming console, ahead of its Australian launch on Friday 23 February.

The telco announced this afternoon that the handheld gaming device will be available to pre-order from the Vodafone website from 3.30pm.

Vodafone is offering the 3G version of the PlayStation Vita via two options. It will sell the console on a 12-month postpaid deal for $55 per month, which includes 1.5GB of data per month. It will also offer the Vita for $419 up front on pre-paid, with 200MB of data. Both postpaid and pre-paid options include a bonus 4GB memory card.

"Our partnership with Sony Computer Entertainment Australia presents us with a unique opportunity to make the move into the exciting world of mobile gaming," said Ross Parker, general manager of devices at Vodafone Australia. "Our customers have told us they can’t wait to get their hands on this device, and we echo their enthusiasm and look forward to the arrival of PlayStation Vita in Australia later this month."

The PlayStation Vita is the successor to Sony's popular PlayStation Portable console and first launched in Japan in December. The gaming device features two analog sticks, a 5-inch OLED touchscreen and comes standard with Bluetooth and Wi-Fi, along with the option of 3G connectivity.