The newest addition to the series will be the largest project undertaken by Ubisoft. 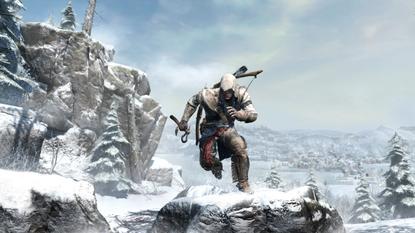 Assassin’s Creed III will be released in Australia on October 31.

The stealth action-adventure game will be the largest project undertaken by publisher, Ubisoft. It is being developed by Ubisoft Montreal.

Unlike the previous games in the series, Assassin’s Creed III is set closer to modern history with the 18th century American Revolution as the new open-world playground. While the setting is novel to the series, the ancient war between the Assassins and Templars rages on.

Players will assume a new character, Ratohnhaké:ton (codename Connor), who is of Native American and English descent.

The game will be available on the Xbox 360, PlayStation 3, Windows-based PC, and the Wii U.

Assassin’s Creed III is powered by a new game engine, Ubisoft-AnvilNext, which will bring “breakthroughs in visual quality, character models and artificial intelligence”, according to Ubisoft.

With 2K Games’ BioShock Infinite also due out that month, October is set to be a busy period for gamers.

Check out the Assassin’s Creed III trailer below.