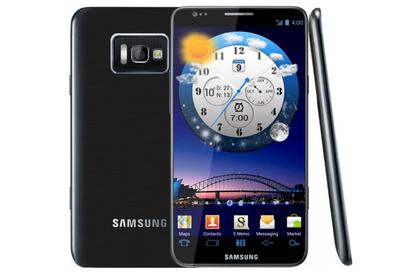 Samsung has released another video tease on YouTube for its upcoming Unpacked 2012 event in London in May where it's expected to pull the wraps off the latest in its line of its Galaxy smartphones, the S III.

The tease is short on product shots and long on computer-generated animation of outer space—until the last shot in the video.

"Where a galaxy fits perfectly in your hand," the copy reads, "your view of the world grows ever wider."

"As you gain the power to explore it freely and swiftly," it continued, "with technology that fits in this easily, you can stand out from...

And then there's the parting shot of a herd of baaing sheep and the clincher, "...everyone else" — a knock of fans of Apple's iPhone.

This isn't the first time Samsung has goaded Apple loyalists in its advertising. It launched a campaign at the end of 2011 poking fun at iPhone evangelists camping outside Apple outlets when a new version of the smartphone is set to be released.

Even though Samsung is one of Apple's key suppliers, the two companies have been at each other's throats for months, engaged in numerous lawsuits filed around the world. In the United States, the pair were ordered by a federal judge to sit down and iron out their differences out of court, which may cool future conflicts between the companies.

Although the Galaxy S III doesn't appear in Samsung's latest tease for Unpacked it has been allegedly spotted in other videos circulating on the Web. Last week, a device suspected to be an S III appeared in a video posted to Tinhte, a Vietnamese website notorious for revealing unannounced new phones.

Specs for the phone also appeared on an Amazon website in Germany over the weekend. According to the website the S III will have a 4.7-inch Super AMOLED touchscreen; a 12-megapixel camera with autofocus, LED flash and face detection; Android 4.0 (Ice Cream Sandwich) and 16GB of internal memory, expandable to 32GB.