No word on an Australian release for Samsung's Galaxy S III 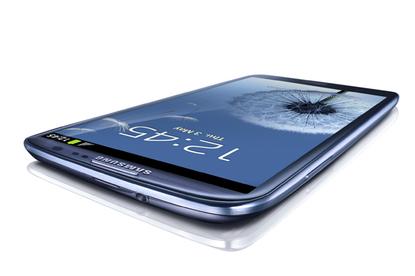 Samsung may have unveiled its hotly anticipated Galaxy S III Android phone at a lavish event in London this morning, but it appears Australia has been left in the dark — at least for now.

The Galaxy S III will be available at the end of May in the US, Japan, Korea and various European markets, but there is no word yet on an Australian release. We contacted Samsung Australia in a bid to find out more information and the company provided the following media statement:

"Samsung Electronics Australia is pleased there is continued interest about our GALAXY range in Australia, but we have no plans to make any announcements at this time."

While its feasible that Telstra, Optus and Vodafone will announce availability in the coming days, any delay in an Australian release of the Galaxy S III is likely to be a boom for online retailers such as MobiCity and Kogan. These stores will sell the Galaxy S III through what is known as grey importing, also called parallel importing.

A grey import tech product is one that is imported from another country without the permission of the intellectual property owner, in this case Samsung. This can be achieved by an Australian business that buys the product overseas and then sells it online, or simply an International business that will ship the product to Australia.

The Galaxy S III would certainly not be the first Samsung product to be sold in Australia before it officially released in the country. Last year, Apple won a Federal Court case which prevented Samsung from selling its Galaxy Tab 10.1 Android tablet in Australia. However, the banned tablet was freely available to purchase from a number of stores online. In addition, both the Samsung Galaxy S II and the Samsung Galaxy Note were available online from grey import stores well before the phones officially launched in Australia.

Will you consider purchasing the Galaxy S III from a grey import retailer if it meant getting it earlier? Or will you only buy it through a carrier on a two year contract? Let us know your thoughts in the comments below.