Opinion: Why nobody cares about PenTile

Samsung has been criticised for using PenTile displays in its latest smartphones, but we don't think you should care Samsung has been criticised for using a PenTile screen on the Galaxy S III, but should you even care?

Samsung's hotly-anticipated Galaxy S III Android phone was finally unveiled almost two weeks ago. After immense hype leading up to the launch, the Galaxy S III received somewhat of a lukewarm reception once it was announced. Is this a cause for concern? In my opinion, most certainly not.

While much of the criticism has surrounded the phone's plastic design in comparison with the polycarbonate construction of rivals like the HTC One X, there's also been some negative press regarding the Galaxy S III's screen. It uses a PenTile pixel configuration rather than a more traditional RGB pixel layout.

For those who have no idea what any of that jargon means (likely 99.9 per cent of the population), PenTile refers to the sub-pixel layout used in a display. A display is made up of hundreds of thousands of pixels and each pixel is made up of multiple sub-pixels. In the case of the Galaxy S III, which has a resolution of 1280x720 pixels, its screen is made up of 921,600 individual pixels. 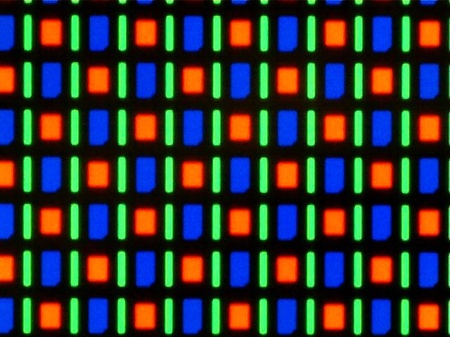 According to many critics, this sub-pixel layout on a PenTile display often results in colour fringing, especially on edges of high contrast. A common example is white text on a black background or vice versa, a situation you're likely to see on a smartphone on a daily basis.

PenTile seems to have become the industry's dirty word, yet the evidence of this colour fringing can only really be seen under a microscope. Is this such a big deal? Does the average person look at the screen of their smartphone under a microscope, checking for colour fringing on the edge of text? Is this really a critical issue that can make the difference between a good smartphone and a great one? Absolutely not.

I honestly can't tell the difference between a PenTile display and an RGB one simply by looking at it with the naked eye. This issue is even more irrelevant when you consider the high resolution of current smartphones. With an 800x480 pixel display a case could be made that a PenTile display is clearly inferior. On a 1280x720 pixel screen, however, it isn't really an issue at all.

PenTile may be a dirty word among geeks, but the reality is most people either won't be able to tell, or simply won't care. Neither should you.