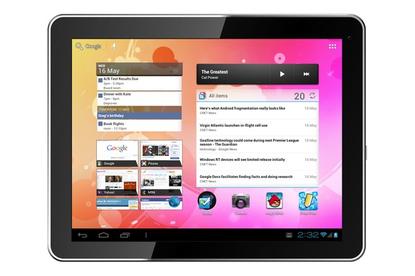 The new Kogan Agora 10in tablets come in 8GB and 16GB models and are priced at just $179 and $199, respectively. Both Agora tablets feature a 10in capacitive touchscreen with a resolution of 1024x768, come with a HDMI port for connecting the device to a high definition television and have a 2-megapixel rear-facing camera.

"We've listened to feedback from our first foray into Android tablets, which people said was priced exactly where they wanted it - a guilt-free way to get into tablet computing. However, Android 2.3 provided limitations that we’ve overcome with Android 4.0 ICS," said Ruslan Kogan, CEO.

"While the new iPad is no doubt resolutionary, it does come with a comparatively hefty price tag. It's also a closed system which which limits functionality. Our tablets gives people freedom through USB and microSD inputs," he explained. "We want people to be able to experience a portable, powerful tablet and use the latest software for a fraction of the cost."

Kogan claims the Agora tablets both have a battery life of up to eight hours and says that 1GB of RAM and single-core 1.2GHz Cortex A8 processor should provide enough grunt to run most third-party apps without issue.

The ASUS Eee Pad Transformer Prime was the first tablet sold in Australia to ship with Android 4.0 Ice Cream Sandwich back in January. Since then, Acer has updated its Iconia A200 to ICS, while the ASUS Transformer Pad TF300T hit Australian shelves last week. Sony has also promised to upgrade its Tablet S and Tablet P devices to Ice Cream Sandwich by the end of this month.