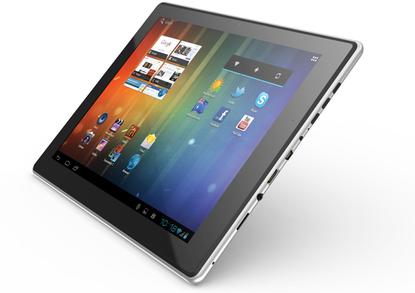 Set to go on sale next Wednesday 6 June, the Android tablet has a 9.7in display, 16GB of internal memory and a 2-megapixel rear-facing camera but does not include GPS. The device will be powered by a 1GHz single-core Amlogic Cortex A9 processor, has 1GB of RAM and a microSD card slot that allows users to expand the memory.

The Aldi advertisement links to the brand Bauhn, which describes the product as "a beautifully designed, 9.7" slimline tablet running Android 4.0."

"Enjoy the latest Android technology with the Bauhn Tablet including a large 9.7" capacitive multi touch screen, 16GB Hard Drive, Wi Fi connectivity and HDMI output," the product page states. "The Bauhn tablet is perfect for all your entertainment and online needs including watching movies, listening to music, emailing friends, surfing the web and using social media such as Facebook and Twitter."

Other features of the Bauhn tablet (model number AMID-971R) include Wi-Fi and Bluetooth connectivity, a VGA front-facing camera for video calls and a range of ports including mini-USB, mini-HDMI, a standard 3.5mm headphone jack. The tablet will be bundled with a a mini-HDMI cable for connecting the device to a high-definition television and will also come with a carry bag.

The Bauhn 9.7in Android tablet will be available through Aldi stores in limited stocks. The company says stocks of the device will vary between stores and may sell out on the first day due to "unexpected high demand."