Third generation Core i7 laptops for under $1000 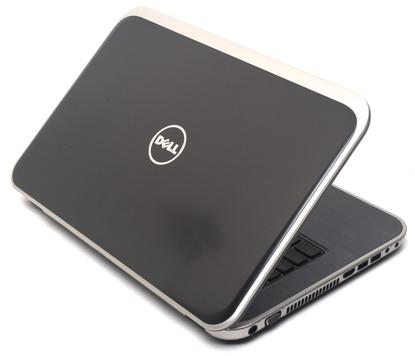 As prices for notebook computers have come down, the processing power and overall quality of what you get has gone up. In particular, there are many computers that can be purchased for under $1000 that offer not only fast processing performance, but also fast graphics processing performance. It's not unheard of to be able to buy a decent gaming computer at this price point, which is perfect especially for those of you who want a computer that can play games, but don't have deep enough pockets to justify splurging on more advanced models.

At the time of writing, there were more than a few notebooks on the market equipped with an Intel Ivy Bridge (third generation) Core i7 CPU that cost under $1000. In fact, some of these even cost under $900. For that price, you can also get up to 8GB of RAM, plenty of storage space, as well as discrete graphics that are good enough to play many of the latest games. The graphics adapters that can be found at this price are the NVIDIA GeForce GT 630M and the AMD Radeon 7670M. Both adapters are capable of running sports games such as FIFA and NBA2K with good graphics details, and they can play first-person shooters such as Battlefield 3 relatively smoothly at low resolution and detail levels.

Here are some choice models to look out for:

We only just looked at this notebook last week, but it's already shown to be one of the best value models on the market. For $999 (available from Dell's Web site), you can get an Intel Core i7-3612QM CPU, 8GB of RAM, a 1TB hard drive and an AMD Radeon HD 7670M graphics adapter. Not only that, this notebook comes with a Full HD (1920x1080-pixel) screen and it has a matte finish, rather a reflection-prone glossy surface. We can't recall seeing another Full HD laptop with such a configuration for this price. The only knocks on it are its single-band wireless adapter and 10/100 Ethernet (rather than Gigabit).

We haven't reviewed this model, but it's another notebook with a powerful configuration that can be found for under $1000 at JB Hi-Fi. It's a 15.6in laptop with a third generation Intel Core i7-3610QM, as well as 4GB of RAM, a 750GB hard drive and NVIDIA GeForce GT 610M graphics. It's not as strong a configuration as the models featured above, but it's nevertheless worth checking out.

Sporting a similar configuration and also available from JB Hi-Fi for $997 is the 15.6in Acer Aspire V3 Series notebook. However, it does have better graphics. This notebook comes with an NVIDIA GeForce GT 640M graphics adapter, which is a little more powerful than the GT 630M chip, while the rest of the configuration is an Intel Core i7-3610QM CPU, 4GB of RAM and a 750GB hard drive. Again, we haven't reviewed this model so we're not sure how good it is, but it appears to be the model to go for if your prime concern is graphics performance. It also features dual-band Wi-Fi via a Broadcom 43228 chip.

This 15.6in Toshiba notebook has a better configuration than the model above. It still features a third generation Intel Core i7-3610QM CPU, AMD Radeon HD 7670M graphics and a 750GB hard drive, but it also comes with 8GB of RAM instead of 4GB. It can be purchased from Centrecom for $999, or from Pacstar Australia for $990.

Another laptop with NVIDIA GeForce GT 610M graphics is the ASUS R500VD-SX002X, which can be purchased from either Harris Technology for $937 or Mwave for $929. It's a laptop that may have slightly slower graphics and a smaller storage capacity than some of the notebooks on this list, but it still includes a third generation Intel Core i7-3610QM CPU and 4GB of RAM.

Medion's Akoya P6635 was released and sold directly by the company in a limited quantity recently, but we may see it make another run in the Aussie market if it was a successful seller. Featuring a third generation Intel Core i7-3610QM CPU, this is the first model Medion has released to target performance users. The rest of the configuration included 4GB of RAM, a 750GB hard drive and NVIDIA GeForce GT 630M graphics. All this for $899 isn't too bad, so if you ever see it offered again, and you're still in the market for an inexpensive yet powerful notebook, consider picking one up.

These are just some of the Core i7-based notebooks that we've seen recently for under $1000. If you know of any others that you want to share, post it in the comments below.