Available in 50 retail stores across Australia 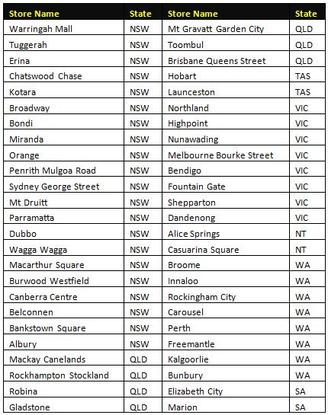 A list of the Dick Smith retail stores which will stock the unlocked iPhone 5 16GB smartphone.

The 32GB and 64GB models are not part of the promotion.

The device will be sold through 50 Australian retail outlets across all eight states and territories.

Both black and white variants of the iPhone 5 will be available.