Dick's new management slashing prices for one day only

Dick Smith holding a pre-Christmas, one day only sale on Wednesday 5 December 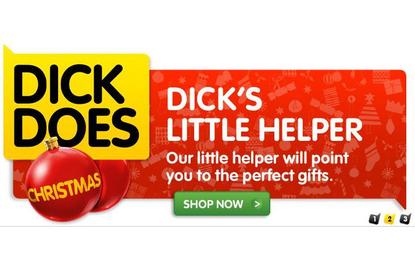 Australian electronics retailer Dick Smith is holding a pre-Christmas, one day only sale on Wednesday 5 December, in what the company describes as an event to "celebrate" its new management team.

The Dick Smith business, previously owned by Woolworths, was sold to a private equity firm, Anchorage Capital, for $20 million back in September.

Most Dick Smith stores across Australia will take part in the sale on Wednesday 5 December, which is listed as running from 5pm until 8pm. The sale is also available online, though it was not currently listed on the Dick Smith Web site at the time of writing.

The full list of sale items is detailed below, taken from Dick Smith's press release.

Sale items, for all the family, include:

The Dick Smith one-day only sale will be held across all retail stores in NSW but excludes seven stores across the country. Logan Hyperdome and Rockhampton Stockland (QLD), Box Hill (VIC), and Busselton, Kalgoorlie, Bunbury & Albany (WA) are stores that won't be taking part in the sale.

While iPhone's are sold at various other Australian retail stores, these have traditionally been sold on contract plans through carriers Telstra, Optus, Vodafone and Virgin Mobile.