How fast is the Aldi Mobile network?

Aldi Mobile offers extremely competitive prices on pre-paid plans, but how fast are its data speeds? 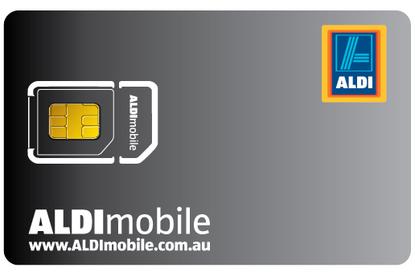 German supermarket chain Aldi has officially switched on its low-cost mobile phone network, Aldi Mobile. It offers extremely competitive prices on pre-paid plans, but how fast are its data speeds? We purchased an Aldi Mobile pre-paid starter pack from our local supermarket to find out.

Aldi Mobile uses the Telstra wholesale 3G network in Australia to provide its service, which is capped below the regular speeds of Telstra's 'Next G' network. It's the same network rival mobile virtual network operator (MVNO) Kogan Mobile uses.

Before we delve into data speeds, here's the key details you need to know.

• Outside the 3G coverage footprint, customers will revert to 2G coverage and speeds. The combined 2G and 3G footprint covers 98.5 per cent of the Australian population.

• Typical Telstra 'Next G' download speeds range from a faster 1.1Mbps to 20Mbps and cover 99 per cent of the Australian population, more than Aldi Mobile.

So, with all these details in mind how fast is Aldi Mobile and the Telstra wholesale 3G network? We just bought and activated a new Aldi Mobile SIM card and decided to run a few speed tests to find out. Our new SIM card was activated in just over 20 minutes after we registered the service online.

Although we haven't undertaken any extensive testing, here's our initial results. All speed tests were recorded in North Sydney, with a full coverage indicator.

As you can see above, download speeds on the Aldi Mobile network were quite consistent. Speeds ranged from a low of 6.42 megabits per second (Mbps) to a high of 6.62Mbps, while upload speeds varied slightly from 1.27Mbps up to 3.58Mbps.

We ran the same tests in the same location on Telstra's Next G network and the results weren't surprising. The regular Telstra 3G network was often over twice as fast as Aldi Mobile during our tests. It produced download speeds of between 16.43Mbps and 21.79Mbps. However, upload speeds were very similar.

We think these speeds are excellent value for money, but what do you think? Are the data speeds recorded in our tests fast enough to you? Let us know your thoughts in the comments below.