Battlefield 4 coming to PlayStation 4 and Xbox One 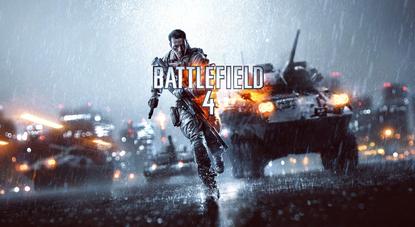 EA has set 31 October as the local release date for Battlefield 4. Not only will it be available for PlayStation 3, Xbox 360 and PC on that date, it will also be ready for PlayStation 4 and Xbox One.

While local release dates for the PlayStation 4 and Xbox One are still up in the air, EA has confirmed that the next generation editions of Battlefield 4 will be available on the same date as the current generation versions.

EA’s announcement indicates that the publisher is confident that the next generation of consoles will be available in Australia on or before 31 October.

Battlefield 4 is powered by the Frostbite 3 engine from developer DICE, with the next generation addition expected to bring an added level of visual flair, likely to been seen in improved character animations and dynamic environments.

This DLC consists of four multiplayer maps based on the Chinese mainland where players can fight using new vehicles and high-tech military equipment.

EA will be showcasing Battlefield 4’s multiplayer with a live demo at the upcoming Electronic Entertainment Expo (E3) in Los Angeles.