Wintel under siege as mobile and Android ascend at Computex 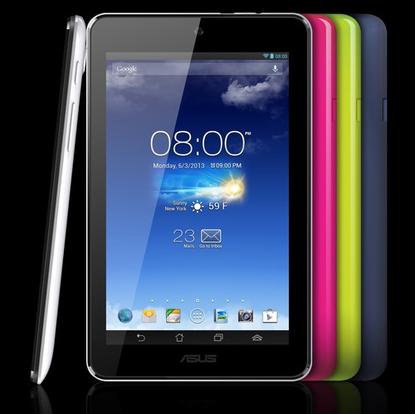 Surging tablet sales and the muted response to Windows 8 have opened the door for Android at this year's Computex and exposed deeper cracks in the Wintel powerhouse of Windows software and Intel chips.

Microsoft and Intel have dominated the Computex trade show for decades, with faster chips and new versions of Windows making the headlines each year. They are still a dominant force, but Taiwan's PC makers are branching out to save their skins and compete better with smartphones and tablets from Apple and Samsung.

PCs still make headlines at the show, but some of the biggest developments this week have been around products with Android or Mozilla software using chips from Intel rivals like Qualcomm and Nvidia. Microsoft and Intel are no longer the devoted partners they once were, with Microsoft promoting software for ARM chips and Intel cozying up to Google's Android.

"Taiwan always used to be a Wintel country, Computex was a Wintel show. That's just not the case any more," said Dan Nystedt, head of research for TriOrient Investments in Taiwan. "People came to Computex to see what was new in PCs and laptops, now it's to see how the PC industry is adapting to the mobile world."

One of the most talked-about products at the show has been Asustek's MemoPad HD7, a 7-inch Android tablet with a quad-core ARM-based Cortex-A7 processor. Priced at $129 for emerging markets and $149 in developed ones, it boasts a price point that PC makers would struggle to match using software from Microsoft.

Asus also shunned Wintel with its 6-inch phablet, the Fonepad Note, which uses an Intel Atom processor and Android. The Taiwan vendor also showed its Transformer Pad Infinity, a 10-inch Android tablet with an ARM chip. The Fonepad and Transformer Pad are both displayed prominently in its booth on the show floor.

Acer, another Wintel stalwart, unveiled an Android phablet, the Liquid S1, with a 5.7-inch screen. It joins two Android tablets Acer discussed earlier in the year, the Iconia A1 and B1, both priced for the low end of the market at around $150.

And in a particularly worrying sign for both Microsoft and Intel, Acer is showing a 21-inch desktop PC in its booth that's running Android on an Nvidia Tegra 3 chip. It's expected be sold under the Gateway brand in the U.S. later this year.

Another sign alternative platforms are emerging was the alliance between Taiwanese contract manufacturer Foxconn and Mozilla, through which Foxconn says it will design Firefox tablets and smartphones for its PC-making customers. Advanced Micro Devices, meanwhile, said it will embrace Android and Chrome OS alongside Windows.

"We are very committed to Windows 8; we think it's a great operating system, but we see a market for Android and Chrome developing as well," said Lisa Su, an AMD senior vice president and general manager.

Wintel has been on the wane in computing for years. Apple's iOS has been part of the reason. There were plenty of Android devices at Computex in 2011, but they were mainly low quality products from unknown vendors. Last year, the PC industry launched a major counter-offensive, built around Windows 8 and Intel's ultrabook formula for touchscreen laptops.

But they and a myriad of other twisting, folding, convertible designs have failed to ignite sales, and the PC market is in one of the worst slumps in its history.

"Nobody is talking about Windows RT," he said. Taiwan's PC makers are instead using the more traditional version of Windows so it doesn't get "confusing" for customers.

For sure, the PC industry isn't down and out. Microsoft and Intel each have new versions of their core products at the show, with Microsoft promoting Windows 8.1, which aims to addresses some of the criticism of the current OS, and Intel pushing its Haswell chips, which it says will offer double the battery life of Ivy Bridge.

Microsoft has reduced its license fees so that PC makers can offer cheaper Windows tablets, and there are some innovative products at the show. Acer introduced the first 8-inch Windows tablet, the Iconia W3, and there are new hybrids and convertibles like Dell's XPS 11.

The problems for Wintel shouldn't be overstated, Intel executive vice president Dadi Perlmutter said in an interview this week. "There are going to be a lot of Windows-based products in the next few years. I don't think [Wintel] is collapsing," he said.

But PCs have not been driving the market for a long time. No single platform dominates any more, and users are gravitating to whatever system gives the best experience. "There are no more computers; it's all about computing," Acer Chairman J.T. Wang said at the company's press conference, acknowleging a shift in buyers' mind-sets.

(Agam Shah contributed to this report)