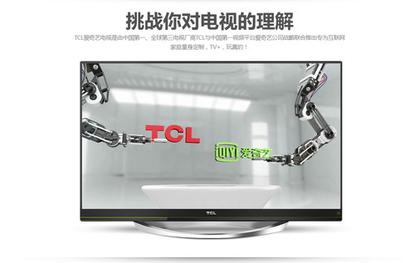 Baidu's iQiyi platform has launched a smart TV in China.

Chinese search company Baidu has entered the country's smart TV market with a product powered by its video site iQiyi.

The smart TV, which goes on sale Wednesday, was developed by iQiyi in partnership with Chinese electronics maker TCL. It boasts a 48-inch screen, runs Android 4.2, and features a wide selection of movies and TV shows from Baidu's video platform.

The first version of the smart TV is priced at 4567 yuan (US$741). A less expensive version at 2999 yuan will be released in November, according to iQiyi.

Baidu is the latest Chinese Internet company to target the smart TV market. In July, e-commerce giant Alibaba Group also announced a set-top box running the company's own Linux-based OS that can stream TV shows and movies. In Alibaba's case, the product was designed to also deliver online shopping features to the television screen.

Growth in China's smart TV has been booming, with sales of the products estimated to reach over 16 million units in 2013, Zhuo said. This would mark a 145 percent growth year-over-year.

But while demand for the products remain high, consumers' use of the Internet functions on the TVs remain low, he said. "The smart TVs still lack a lot of content offerings," he added. "So the TV vendors have to partner with the Internet companies to gain their services."

Baidu launched the TV product after the company announced in May it would spend $370 million to buy the online video business of PPS, a major video sharing company in China. The deal has helped turn Baidu's iQiyi platform into the country's second largest online video provider, with a close to 17 percent share of the market's total ad revenue, according to Analysys.

The current leader in China's online video market is Youku Tudou, which has a 28 percent share of the ad revenue. The company has also been rumored to be working on a smart TV product.