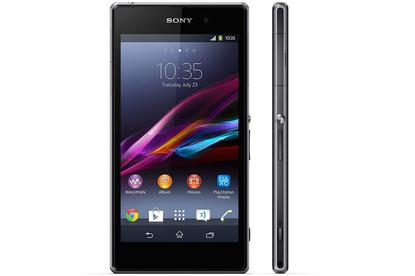 The Sony Xperia Z1 is coming to Australia.

Sony Mobile has today confirmed that its latest flagship smartphone, the Xperia Z1, will be available in Australia through major carriers Telstra, Optus, and Virgin Mobile from early October.

Read our preview of the Sony Xperia Z1 here

The company unveiled the waterproof and dust-resistant Xperia Z1 overnight at the IFA consumer electronics trade show in Berlin, Germany. The device has a huge emphasis on photography, boasting a 20-megapixel camera and a "G Lens" that claims to work better in low light conditions.

Sony confirmed that the Xperia Z1 will be sold on contract plans through Telstra, Optus and Virgin Mobile beginning in late September.

Virgin Mobile will begin taking pre-orders from Friday, 6 September and says the phone will go on sale in-store and online from Tuesday, 1 October.

It will sell the Xperia Z1 on a range of plans, headed by $0 per month on the $60 Plan over 24 months. The plan includes $700 worth of calls and MMS messages, unlimited SMS messages, and 1.5GB of data per month.

Virgin also confirmed that the first 300 customers who pre-order the Xperia Z1 will receive a bonus Sony NFC speaker ball valued at $79.

Optus will follow suit by opening pre-orders from Monday, 16 September, though hasn't yet revealed when the phone will go on sale, while Telstra is expected to launch the Xperia Z1 in October.

In addition to major telcos, Sony confirmed that the Xperia Z1 will be sold outright for $779 through Sony Centres, Harvey Norman and Dick Smith Electronics retail stores.

Sony describes the Xperia Z1 as "the world's leading camera in a smartphone". The "G Lens" has a 27mm wide angle, an f2.0 aperture, and a 1/2.3-type CMOS image sensor. It also includes 3x zoom.

The camera on the Xperia Z1 also comes with a range of software features, highlighted by a "Timeshift burst" mode that takes 61 images in just two seconds — a second before and after pressing the shutter.

The Xperia Z1 has a 5in, full HD display, is powered by a 2.2GHz quad-core Qualcomm Snapdragon 800 processor and 2GB of RAM, and comes with 16GB of internal memory. A microSD card allows for memory expansion, while the phone is also 4G capable and will therefore work on all Australian networks.

The Sony Xperia Z1 will be available in black, white, and purple colour variants.