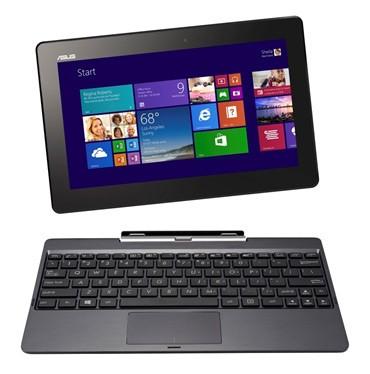 Asustek on Wednesday announced a new Windows 8.1 tablet called the Transformer Book T100, which starts at US$349 and runs on Intel's Atom chip code-named Bay Trail.

The new tablet has a 10.1-inch screen and a bundled detachable keyboard dock that turns the device into a laptop. The tablet weighs 544 grams, and offers a battery life of 11 hours. In laptop mode, the T100 weighs 1.08 kilograms.

The T100 will come with Microsoft Office Home & Student 2013, which packs Word, Excel, PowerPoint and OneNote.

The device is priced at $349 with 32GB of storage and $399 for 64GB of storage. An exact shipment date was not immediately provided.