Windows 8.1 is here: What you need to know

Microsoft has released the final version of Windows 8.1 to consumers. We have all the details. 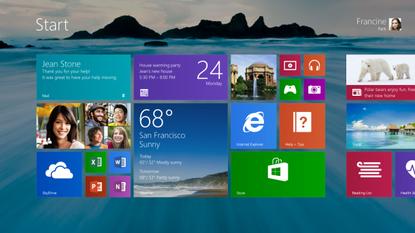 Microsoft's Windows 8.1, the "do-over" operating system that Microsoft hopes will win back its fan base, is finally here.

Do you want it? Absolutely. Although PCWorld's Windows 8.1 review dubs it "the great compromise," Windows 8.1 is chock-full of user-friendly features, updates, and general improvements. We can recommend it unreservedly.

Day one: Read up before downloading

So what should be your plan? First, you need to read our Windows 8.1 survival guide, which provides tips and strategies for upgrading from Windows XP or newer versions to the Windows 8.1 Preview. Then, download or buy Windows 8.1 itself. If you don't own Windows 8, don't despair: Brick-and-mortar stores will begin selling Windows 8.1 on Friday, October 18.

To get up to speed on Windows 8.1, learn about its top selling points and take a tour of its best new features. The new Windows 8.1 apps are a big improvement as well. We even have an upgrade guide for your business--although the vast majority are actually choosing Windows 7.

Ever since Microsoft launched Windows 8 about a year ago, consumers and pundits alike have criticized the company's efforts to bridge Windows from the PC to the tablet. In an attempt to make Windows 8 more accessible, Windows 8.1 adds a boot-to-the-desktop feature, a revamped Apps window, and the ability to tweak its Start page. (Don't like the Start page? You do have alternatives.) The update also has a new Help & Tips app (plus a "secret" app, Movie Moments) to ease the process even further.

For its part, Windows 8.1 represents another opportunity for Microsoft to showcase the latest Windows 8.1 hardware on its website, devices that incorporate touchscreens and new Intel microprocessors.

Hardware to go with the software

"Windows 8.1 will also bring some very innovative new devices for both consumers and businesses, from tablets and 2-in-1s with a perfect mix of mobility and productivity, to new laptops, All-in-Ones and specialized industry devices," Microsoft blogger and evangelist Brandon LeBlanc wrote recently. "Windows 8.1 brings the widest selection of designs at every price point."

With Windows 8.1 done, Windows watchers are already looking forward to what's next. Sources told ZDNet that the next major revision of Windows is due sometime in the spring of 2015, when Microsoft may finally combine Windows RT and Windows Phone into one operating system running on top of the ARM-processor platform. Until then, enjoy Windows 8.1. It's here to stay.