OS X 10.9 Mavericks was released just last month, but it looks like Apple is already hard at work on its next operating system 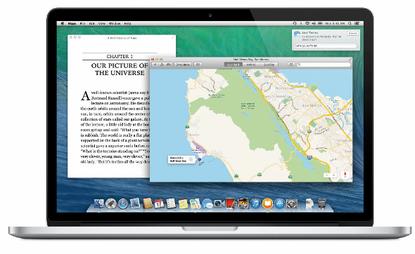 The next version of Apple's OS X - dubbed OS X 10.10 - has been spotted in Web analytics reports, suggesting that Apple is already working on the operating system that will succeed Apple's new OS X Mavericks.

Apple released Mac OS X Mavericks on 22 October as a free upgrade for all Mac users running Snow Leopard or later. OS X 10.9 has more than 200 new features and represents the strongest start ever for an OS X upgrade, with an 11 per cent user share of all Macs already. However, it looks like Apple is already busy working on OS X 10.10.

Apple Insider reports that traffic from Macs running OS X 10.10 showed a steady increase throughout October, and then a significantly higher number visited the site during the week following OS X Mavericks' release.

The next OS X isn't expected to arrive until next year, but Apple will need to work hard on the new OS prior to previewing it and making it available for Developers to test ahead of the public release.

While we don't know much about OS X 10.10, it's likely that Apple will bring more iOS features to the Mac in the next iteration, and it's also pretty certain that OS X 10.10 will be a free upgrade. Plus, Apple has ditched the big cat naming convention in favour of Californian locations, so we expect another California-themed name for the next OS X.

Additionally, while Apple Insider calls the next operating system OS X 10.10, so we assume that's the number showing up in the analytics, it's possible that Apple could actually release OS 11 next.

Earlier in October, 9To5Mac shared a screenshot that supposedly comes from an internal Apple employee, which shows an operating system code-named Syrah (this is not expected to be the name Apple uses when the OS X is released).