Time to examine rules on data collection and privacy, US commerce secretary says

Data collection by companies, particularly related to the Internet of things, need to be discussed 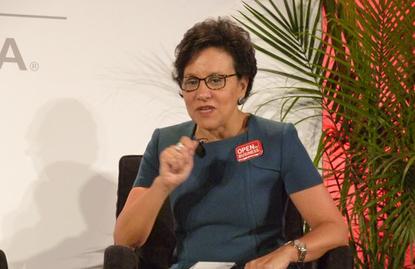 Penny Pritzker, US Secretary of Commerce speaks at CES in Las Vegas on January 8, 2014

The International CES might never have seen so many connected devices in its history. Never mind phones and tablets, everything from cooking pots to cars and fitness bands now connect to the Internet and broadcast information.

That can mean new levels of convenience, but it also raises important questions about privacy and who gets to see the data, and U.S. Secretary of Commerce, Penny Pritzker, is paying attention.

"I think we need to ... have a real look at the issue of privacy and where you draw the lines and what are the rules," Pritzker said in an interview with IDG News Service at the International CES expo in Las Vegas on Wednesday.

"I don't think there is consistency or clarity right now ... in terms of what companies are collecting and what they can do with that data."

The issue was underscored for her, she said, when she toured CES and saw some of the gadgets on display, especially those associated with the "Internet of things." That's a catch-all term coined by the industry for devices such as home appliances, sensors and industrial equipment that can connect to the Internet and share information.

Samsung's Smart Home project, for example, pushes data from air conditioners, refrigerators and vacuum cleaners to a server, where it can be accessed through a smartphone app. Belkin has an Internet-connected cooking pot that can similarly be controlled from afar via the Internet. So the next time you make a stew at home, someone far away might know what you're cooking up.

"You say to yourself, 'Do I want everybody to know that? Do I want that [information] freely recordable somewhere else [where] I don't know what is going to happen to it?" she asked.

"It raises, for a lot of people, questions, and I think we should have a conversation about it and I think that needs to sorted out."

The issue of personal privacy was brought to global attention in the second half of 2013 when documents leaked by former National Security Agency contractor Edward Snowden revealed massive data collection efforts by the U.S. government to monitor Internet and telephone traffic in the U.S. and overseas.

Privacy is also centre stage in Australia this year following the Government's reformed national privacy laws, which come into play from March this year. The changes will have a distinct impact on direct marketing, as well as handling and disclosure of customer information, and will include new civil penalties and enforceable undertakings for corporations in the event of any breach.

Pritzker said the US Department of Commerce has been part of the discussion with the White House regarding the program. President Barack Obama is due to issue a report on the issue soon.

She said they both share concern on privacy issues as far as the NSA is concerned and that needs to be one of the things weighed in determining the direction of future surveillance efforts. She said it should also be ensured that any surveillance is being carried out for a legitimate purpose.

Read more about Australia's new Privacy Principles and their impact