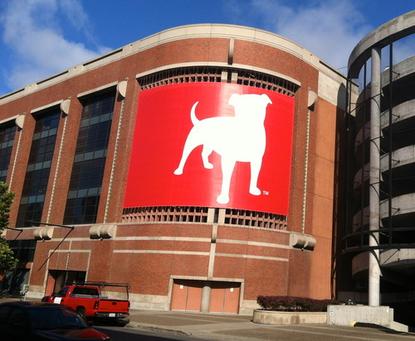 Zynga plans to buy U.K.-based game developer NaturalMotion for about US$527 million while cutting 15 percent of its own workforce.

The San Francisco-based Internet game company said it is buying NaturalMotion for hit games including "CSR Racing" and "Clumsy Ninja." It will pay $391 million in cash, plus about 39.8 million shares, according to a regulatory filing Thursday.

Zynga's shares closed Thursday at $3.56, making the shares worth about $142 million.

Zynga will also cut 314 employees to help reduce costs and focus its work, CEO Don Mattrick wrote in a blog post. The company "wanted to create strong, dedicated teams that could succeed at the right size in relation to 2014 and beyond," he wrote.

Zynga, founded in 2007, made its name with the casual Internet games "Farmville" and "Words With Friends" and went public in 2011. But last July, Zynga said it had lost almost half its daily game players and would get "back to basics." Mattrick replaced founder Mark Pincus as CEO, though Pincus remains chairman. A layoff announced last June affected 520 employees.

Also on Thursday, Zynga reported revenue of $176 million for the fourth quarter of last year, down from $311 million in the same quarter a year earlier. That resulted in a loss of about $25 million, or $0.03 per share. The company narrowed its loss from nearly $37 million a year earlier.

Privately held NaturalMotion is based in Oxford, England, and has offices in London and San Francisco.