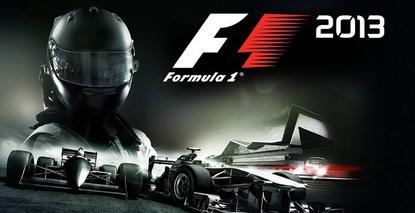 In recent years, Codemasters has been responsible for recreating the high-speed thrills and spills of Formula One racing with its annual F1 series. The 2013 version marks the first time that classic content from the 1980s has been included in the game. Former Australian Formula One driver, Alan Jones, won the Formula One World Drivers' Championship in 1980 while racing with Williams.

We sat down with Jones to ask about his car being recreated digitally in F1 2013.

What was it about the Williams car that enabled you to win in 1980?

Former Formula One driver, Alan Jones (AJ): The chief designer was able to provide me with a car that was probably aerodynamically superior than the rest and had good balance. The aerodynamics in particular was the strong point.

How does the racing experience in F1 2013 compare to real life?

AJ: The thing I like about is it enables people to race cars from different eras. There’s a lot of people that look back with great fondness and nostalgia at the era when I was racing. This gives them the opportunity to put themselves in the cockpit of one of those cars, and then jump into the cockpit of an up-to-date car.

How accurate do you find the cars in the game?

AJ: They are very accurate in appearance and the developer has gone to a lot of trouble. I know when they did my car they sent me a heap of artwork to have a look at and to sign off on to make sure it is as accurate as possible.

How about the level of detail on the tracks?

AJ: I have done a million miles around Brands Hatch in England, and I can tell you the track in the game is very lifelike.

Any track details in the game that stood out for you?

AJ: For example, when you go over the ripple strips over the circuit, you can actually feel it through the steering wheel. I was impressed at how well it is done and how lifelike it is. If you drive over the ripple strip in the game and get vibration through the steering wheel, that means you can not get on the power as early as you would like, and that’s what happens in real life.

Have racing games reached the point where games can be used as a casual training simulator for professional F1 drivers?

AJ: Most Formula 1 teams have their own simulators, but by the same token they have spent a couple of million dollars on them. This game enables anyone who wants to experience, or get the feel of racing, to do so at their home for under $100 dollars instead of a million.

Are you able to recreate your lap times from the real world in the game?

AJ: If you do all of the right gear changes and braking during a lap, the actual time it takes you is similar to real life.