The HP AR service, called Aurasma, has been used by 40,000 customers to provide interactive sessions on portable devices 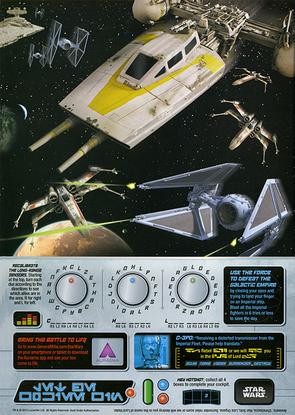 Hewlett-Packard has found some success with a platform, called Aurasma, that provides augmented reality services to portable devices.

Aurasma now has 40,000 customers, more than twice than it had six months ago, HP has reported. Over 6 million people have downloaded the free app, which is available for both Android and Apple iOS devices.

The company is demonstrating new use cases of the technology at the South By Southwest (SXSW) music, film and tech conference, being held this week in Austin, Texas. It has also updated the service: Aurasma 3 features a refreshed SDK (software development kit), a new rules engine and a portal for developers.

The Aurasma project was created four years ago within Autonomy, which was later purchased by HP.

Designed to be used within mobile apps, the Aurasma platform can identify images captured on a device's camera, and then provide more information about these images. This approach is called augmented reality because it overlays information about a specific item being displayed through the screen, on or near the object itself.

Educational institutions were the first to adopt the Aurasma technology, where it could be used to provide supplementary information to class materials. Publishers also harnessed the technology to link advertisements with online portals.

More recently, the film industry has used Aurasma to connect users to trailers and ticket purchases simply by having them point their devices at movie posters. It has also been used to as an aid for training materials, where pointing the device at an object being studied could provide more information on that item.

"The use cases that people have come up with have been endless," Weinberger said.

To use the service, developers upload what HP calls trigger images, or the basic images of items that the developer wants the service to identify. They also provide an overlay for the image, or the information the app should present to the user once a pattern is recognized. Although Aurasma can be used on its own as a mobile app, the service is more often embedded within a mobile application. The pattern identification services are handled by the HP Cloud.

According to HP, users are more likely to click on an Aurasma-ready image than they would with a typical digital ad or QR (quick response) code. The click-through rates of some auras have approached 50 percent, Weinberger said.

The approach is superior to that of using QR codes, which tend to be used as a "speed dial to a URL," Weinberger said. HP has been working with customers to use Aurasma as a more interactive experience that can be carried out directly within the app itself.

HP Aurasma 3.0 comes with a number of new features. It now has a rules engine, allowing the content to be delivered to the user to change based on the user's location, or other factors. The updated service now allows users to share their finds on Twitter and Facebook. For the app makers, Aurasma offers a Web portal to keep track of how the AR is being used within their apps.

The subscription costs for using Aurasma are based on a number of factors, such as how long heavily service is being used and the number of different items that are being identified. An annual subscription can cost anywhere between US$5,000 and $90,000, Weinberger estimated. HP also has a set of consulting services that can help organizations make the most of the technology.